As part of a $26 million mobile network expansion in the region, Eastlink has officially launched its mobile service in Miramichi, New Brunswick, for greater coverage and more choice for customers in the province. 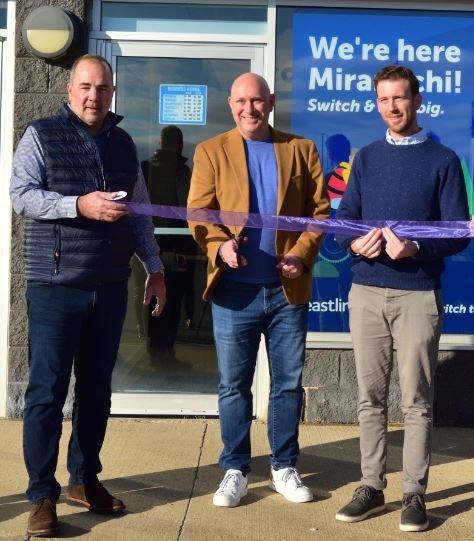 Eastlink has invested nearly half a billion dollars since its launch in 2013 to grow its mobile service into more Canadian communities including Moncton, Saint John, Fredericton, Shediac, and Sussex in New Brunswick.

Eastlink services in NB include Rollover Data, the ability to change the cellular plan anytime, 5G-ready service, contract buyout enabling ease of switching, and $0 down on any phone.

“We’re thrilled to bring our mobile service and new store to the people of Miramichi,” said Jeff Gillham, CEO.

“Our teams have been working hard for the better part of the year getting our network sites built and our store ready to reflect the interactive, personalized experience we want our customers to have when they walk through the door.”

“The family is very proud to expand on our larger investments in the province, which also include our blueberry field development and processing facility in Bois Gagnon, and our hospitality division with Rodd Hotels,” said Eastlink Vice Chair Lee Bragg.

“We are so pleased with the completion of Eastlink’s mobile network expansion here in Miramichi,” said Miramichi Mayor Adam Lordon. “Bringing strong, competitive mobile options to the community only strengthens our ability to retain and attract people who want to live and work here.”

Eastlink has invested over $40 million in bringing its mobile service to NB. Mobile expansion in the province continues as the company advances its plans to launch in Bathurst next in the coming year followed by the Acadian Peninsula.