Eastlink’s mobile network expansion in New Brunswick is making great progress and is on track to expanding existing coverage from Shediac to the Miramichi this year, followed by Bathurst and the Acadian Peninsula. 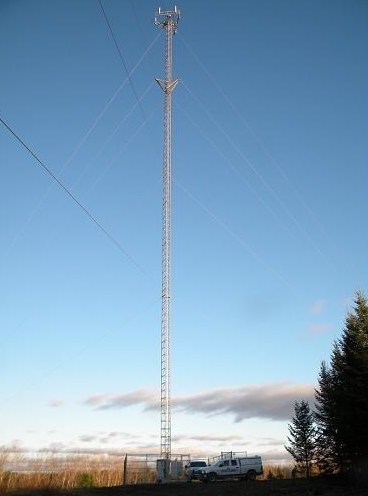 The company’s $26 million investment will bring greater coverage and more choice and competition to mobile customers in the northern part of the province. “We are pleased to report that we are on track to go live in Miramichi in the coming months,” confirmed Eastlink CTO Steve Irvine.

“We have the necessary approvals and permits in place and have begun preparing several sites between Shediac and Miramichi with access roads, tree trimming and the installation of poles, antennae systems and supportive equipment.”

“We were very excited to hear of Eastlink’s mobile expansion investment plans back in the fall,” said Miramichi Mayor Adam Lordon. “We’re thrilled with the progress being made. Strong access to mobile services in communities like ours is so important; it positions us as a place where our people are motivated to stay and where new people feel encouraged to settle because they have the tools they need to live, work, learn and play.”

Eastlink has invested more than $270M since its launch in 2013 to grow its mobile service into more Canadian communities including Saint John, Fredericton, Shediac and Sussex in New Brunswick.

Airbnb on Tuesday announced the introduction of new anti-party tools in Canada and the U.S. to help prevent unauthorized parties by identifying and declining potentially high-risk reservations. This system looks at factors like history of positive reviews (or lack of positive reviews), length of time the guest has been on Airbnb, length of the trip,...
Nehal Malik
8 hours ago