Ecobee’s new Switch+ smart light switch is now available for pre-order in Canada, priced at $119.99, set for release in stores and online on March 26, 2018.

The new Switch+ integrates Amazon Alexa, powered by far-field voice technology and has integrated motion and daylight sensors for smarter controls, bringing voice controls to any room in the house. 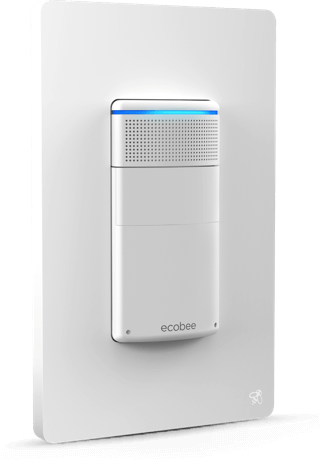 When paired with one of the company’s smart thermostats, such as the ecobee4, which debuted last fall in Canada, the Switch+ can act as an extra room sensor to manage temperatures, coming later in an update in 2018.

“Voice is something that comes naturally to people, so it creates these really incredible, personal experiences that help make life a little easier. Our research finds voice-based services are actually outpacing all other ecosystems at a rate of three to one,” said ecobee President and CEO Stuart Lombard, in a statement issued to iPhone in Canada.

“With ecobee4 and now ecobee Switch+, voice literally weaves into the very fabric of your home, taking us one step closer to a whole home voice reality, which is proving to be the future of the smart home.”

Switch+ will be compatible with any light controlled by one switch and a neutral wire, supports most energy-efficient light bulbs (such as LiFX), and can control 600w incandescent or 150w LED and CFD power loads.

Here’s an installation video of how to install the ecobee Switch+:

Ecobee announced the pre-orders of Switch+ today at the South by Southwest (SXSW) Conference in Austin, Texas.