John Gruber from Daring Fireball has two huge guests on his podcast, The Talk Show: Apple SVPs Eddy Cue and Craig Federighi. You’re going to want to listen to this. 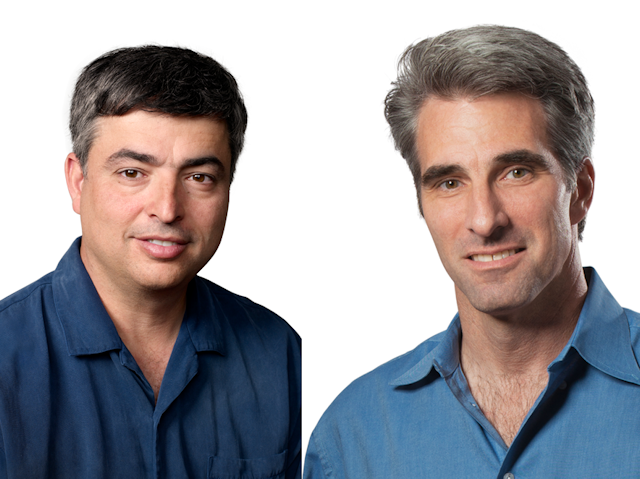 Gruber explains below what you can expect from the episode:

Some scoops too, including: the weekly number of iTunes and App Store transactions, an updated Apple Music subscriber count, peak iMessage traffic per second, and the number of iCloud account holders.

Right off the bat, Gruber grills Cue about whether Apple PR has now focused on photography training at sporting events “post-Super Bowl”.

Cue shares how he went with Tim Cook to the Super Bowl and talked about the CEO’s infamous blurry photo that has since been deleted. Cue said the blurry image was taken right when the Broncos had won and they were high fiving and set to run onto the field: “Shows Tim is just like you and me”.

Gruber has formerly landed Apple SVP Phil Schiller on his podcast, in a live recording last year at WWDC.