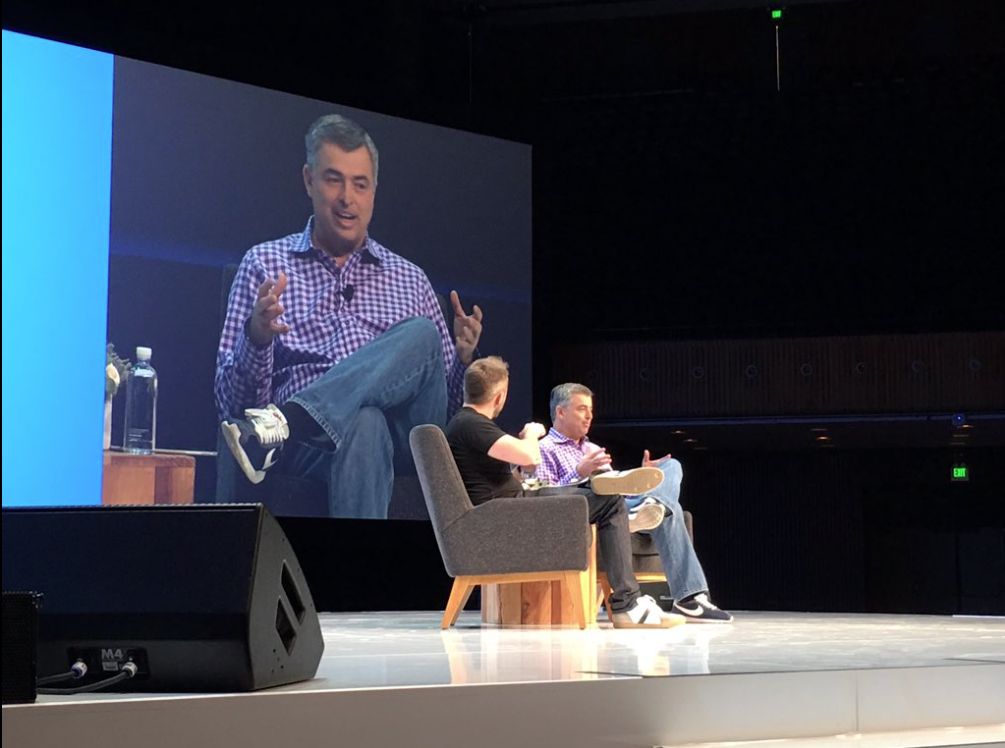 Apple SVP of software and services Eddy Cue appeared at the Dropbox Open Conference to talk about topics such as enterprise and the iPad. (via Fortune)

As Cue points out, Apple is a consumer company, but its products have naturally filtered into the enterprise market due to their popularity. This way, Apple’s target market evolved naturally. Cue mentioned the iPad as an example: When the company launched the tablet, not only consumers were acquiring the iPad, but also executives and top corporate managers. The result: “board meetings changed”, and execs went digital with the iPad.

While analysts believe Apple still has a long way to go to become a big player in the enterprise market, Cue believes the opposite: It’s businesses who are in the early stages of adopting mobile technology. “That’s an area Apple can capitalize on,” he insisted, reports Fortune.

Cue also spoke about the early days when the company was as the verge of bankruptcy and how Steve Jobs’ return saved the company. He highlighted the importance of a strong CEO: After his return to Apple, the company grew to become to the most valuable tech company.

But Cue still believes that even though Apple is much bigger than ever before, it has a lot more room to grow: “We got a lot more way to go,” he said.

Eero, an Amazon company, has just announced a new range of WiFi solutions, including eero PoE 6 and eero PoE Gateway Power-over-Ethernet (PoE) devices, for setting up faster, reliable WiFi networks at homes and businesses. The eero PoE 6 is a dual-band Wi-Fi 6 PoE access point that provides up to 2,000 square feet of coverage...
Usman Qureshi
26 mins ago

Amazon today announced at its special event an update to its best-sounding Echo speaker, the Echo Studio. This speaker is now available in Glacier White, joining Charcoal, while it also gets some enhanced audio technology updates, that will be available for all existing and new users. New custom spatial audio processing technology and frequency range […]
Gary Ng
35 mins ago