Apple has reportedly designed a workable system to let people edit text messages after they send them. 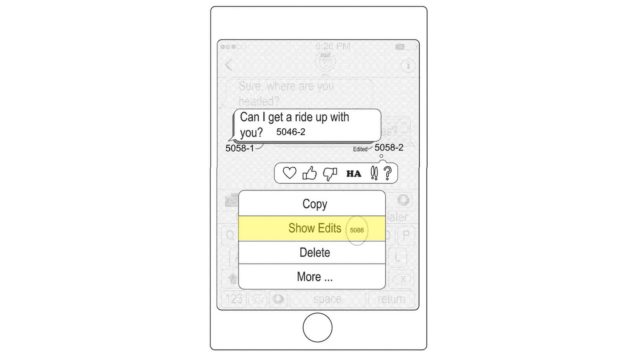 At the end of December, Apple filed an application for Devices, Methods, and Graphical User Interfaces for Messaging with the U.S. Patent and Trademark Office, reads an AppleInsider report. It was published on Thursday, revealing a method to edit a text message after sending it.

Going by the mocked-up images provided by Apple, users will see an “Edited” notification beneath the message, after the action has been carried out. Long pressing would now reveal the ability to Show Edits, but it’s not clear whether that feature would be available to all participants in the conversation, or just the sender.

If everyone can see, then the feature would be useful for correcting typos. However, it would probably make matters worse if the sender was trying to correct poorly-chosen words within the edit.

Either way, the ability to edit messages is a long desired feature for users of many apps and social media platforms. WhatsApp allows for the deletion of messages, albeit with a notification that the message has been deleted.