When it comes to protecting your private information — conversations, thoughts, experiences, locations, photos, etc. — Apple doesn’t look good, at least from the perspective of the Electronic Frontier Foundation’s report (via BGR). This is interesting though, as an internal DEA document shows the agency’s frustration over iMessage encryption.

How did the EFF end up rating Apple’s privacy efforts below Facebook, Amazon and Comcast? The catch is right in the purpose of their report: to incentivize companies to be transparent about how data flows to the government and encourage them to take a stand for user privacy whenever it is possible to do so. 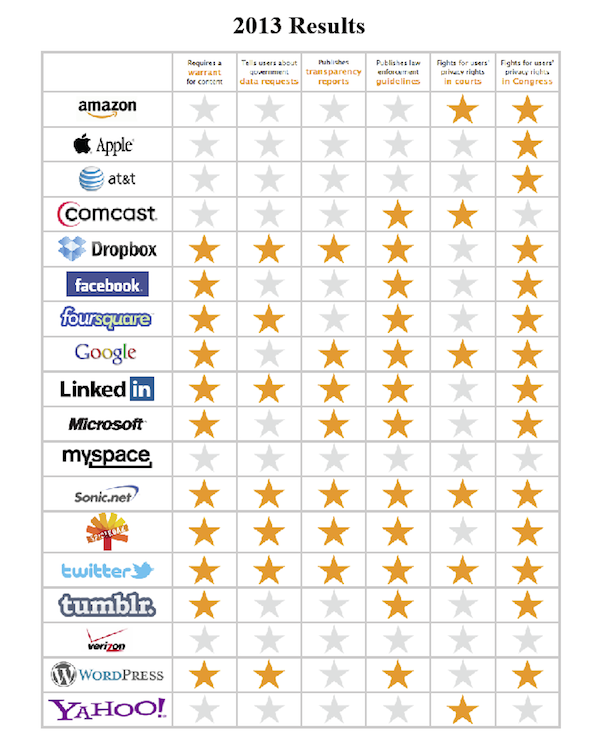 To reach the final rating, the EFF examined each company’s published terms of service, privacy policy, transparency report, and guidelines for law enforcement requests. After examining the policies of major Internet companies, including ISPs, email providers, cloud storage providers, location-based services, blogging platforms and social networking sites, here is what they found, in regards to Apple, Verizon and AT&T:

What Apple does is fight in Congresss for user’s privacy. What do you think about this report?