Elgato Systems has made a major announcement today, detailing a rebrand of itself to Eve Systems and a new focus on developing Apple HomeKit products, while also selling off their gaming accessory division to Corsair.

Corsair will take up Elgato name and brand, which has been around for nearly 20 years.

“Today, the Gaming space is more dynamic and exciting than ever, and we sought a larger partner to help us capitalize on the phenomenal opportunities ahead,” said Markus Fest, Elgato’s founder and now CEO of Eve Systems, in an issued statement to iPhone in Canada.

Fest continued to say “our Eve product line will benefit from a focused team and a dedicated organization. This move will further strengthen both product families.” 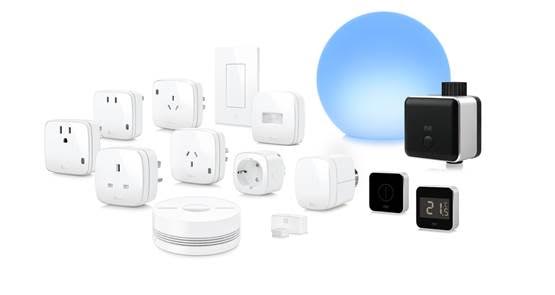 At IFA Berlin, which takes place from August 31 to September 5, Eve Systems will be on site at hall 6.2 and booth 104, where it will “introduce several new products”. Last year, the company debuted five new HomeKit accessories at IFA Berlin, so stay tuned to see what’s coming next in 2018.

Eve makes some solid HomeKit products that are designed well and easy to setup and use. This rebrand makes them go all-in on HomeKit and looks like a good bet, considering smart home accessory adoption continues to gain in popularity.

Click here to check out Eve HomeKit offerings on Amazon.ca.