Comedian and TV show host Ellen Degeneres is known for giving her TV studio audience some impressive swag during the holidays. On Friday’s episode, actress Julia Roberts and Ellen announced to the audience they were getting brand new iPhone XR models, after reading out what appears to be an Apple marketing script. The YouTube video description notes “Special thanks to: Apple IPhone XR”. 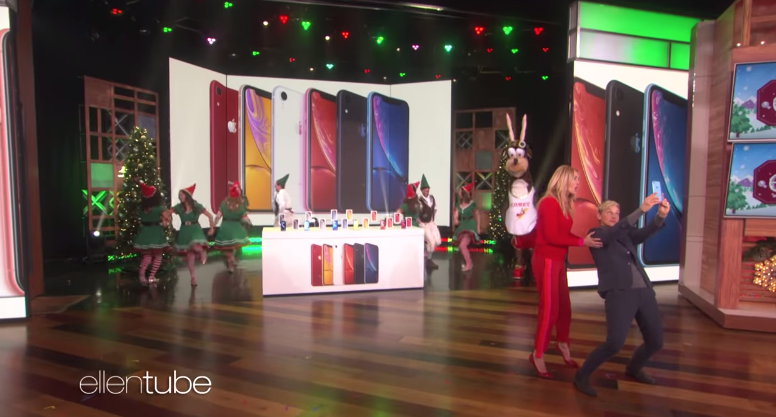 Check out the clip starting at the 1:40 mark or so below:

An entry iPhone XR starts at $749 USD ($1029 in Canada) in the United States. Not a bad way to start off the month of December. Click here to read our iPhone XR review.