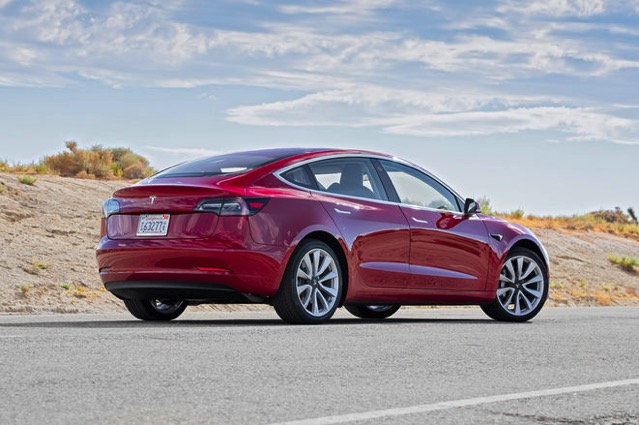 Elon Musk has given a glimpse into the production of the Tesla Model 3. Right now, the company has all hands on deck in order to ramp up to 5,000 units per month. Musk is even sleeping at the factory to make it happen.

Over the years, Musk has been reducing his media appearances. However, he agreed to do an interview with CBS The Morning co-host Gayle King to give a first look at the production line at the Tesla Fremont factory.

In response to King’s question about production delays, he said: “I need to figure out how to do better.” The shift from Model S to Model 3 has been extremely difficult, to say the least, coining the term “production hell” in the interview.

During the interview, he was asked about his expectations, and he said:

“It’s worse than I thought. We got complacent about some of the things that we thought were our core technology.”

Musk said that he is expecting a three or fourfold increase in Model 3 output in the second quarter of this year.

You can watch the entire interview above, but if you prefer a text version, you can check out a full recap at CBS News.

Security researchers from HUMAN’s Satori Threat Intelligence team have identified 75 apps on Google Play and 10 apps on the App Store engaged in ad fraud, resulting in over 13 million installations (via Bleeping Computer). The researchers say they have identified a collection of mobile apps that are part of a new ad fraud campaign named 'Scylla'....
Usman Qureshi
42 mins ago

YouTuber and tech gore creator TechRax took it upon himself to give Apple's new iPhone 14 Pro a facelift in a recent video. "I can't stand the protruding camera bump," he said, preparing to saw it off. The camera island on the back of this year's iPhone 14 Pro models is larger in all directions than the...
Nehal Malik
42 mins ago

According to Bloomberg’s Mark Gurman, he believes Apple may not hold an October event to announce Mac and iPad Pro updates with M2 chips. The M2 chips were unveiled at WWDC this summer. Does Apple have enough new features still hiding to justify holding an October event with the media? “It seems unlikely,” says Gurman. […]
Gary Ng
56 mins ago