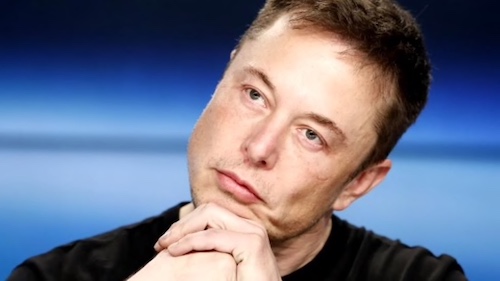 When Electrek’s Fred Lambert posted a GIF of a Tesla Model S going airborne after speeding over a railway track on Twitter, it drew a terse response from Tesla CEO Elon Musk, who instead of making a comment simply tweeted “!” (via MarketWatch).

The GIF was made out of security footage from a security camera at a school in Barrie, Ontario, showing a Tesla Model S going so fast that it went airborne for over a dozen feet after running over a rail track. The car ultimately crashed into a tree in a nearby school parking lot.

The driver and passenger were taken to a local hospital and treated for minor injuries, and the driver is scheduled to appear in court in October.

Check out the footage below of the airborne vehicle taken from several security camera angles: