Although the first electronic message between computers wasn’t sent until 1971, some iPhone owners have started receiving emails weirdly dated January 1, 1970, the Telegraph reports. This isn’t spam, nor malicious email, just an empty electronic mail with no sender or subject. Apparently, it is a glitch affecting only iOS users of email apps when checking their emails in a different time zone. 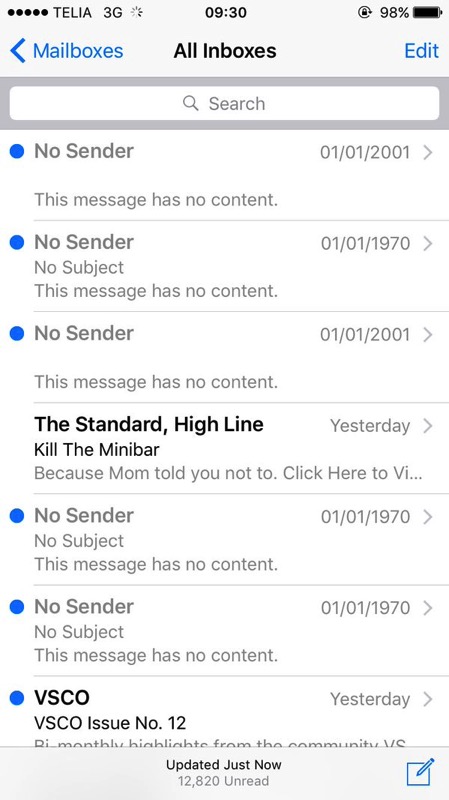 As highlighted by the Telegraph, none of them had tried to reset their devices to zero in Unix Time (January 1, 1970), a glitch that rendered the iPhones useless. Apple has fixed this bug in the latest version of iOS 9.3 public beta. One Reddit user who reported the email glitch was using Microsoft’s Outlook app for iOS.

There is a fix, though, for this bug affecting some users: Close the email app and perform a hard reset on the iPhone by holding down the power and home button until the device restarts.

While the first electronic message sent between computers was pioneered by Ray Tomlinson (who died on March 5, 2016, aged 74), email did not go mainstream until the 1990s with the help of software Lotus Notes and Microsoft’s Internet Mail.