Developed by one of the senior engineers who worked on Siri, Emu is new iOS/Android messaging app that serves as a full-fledged mobile assistant that allows users to schedule appointments, share location, set reminders, get movie showtimes or buy tickets and much more, thanks to its built-in artificial intelligence engine (via Fast Company). 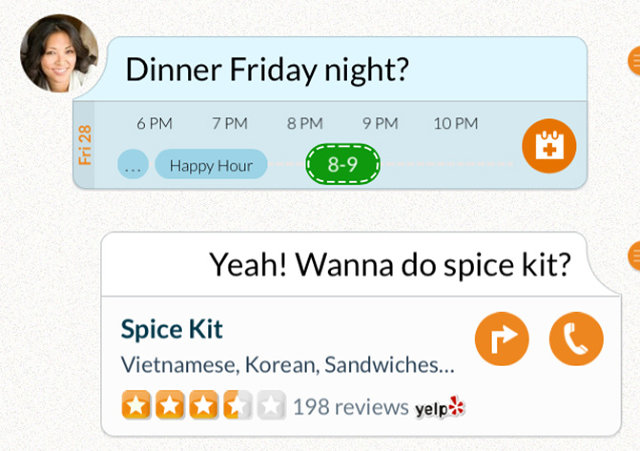 Emu is different from Siri in an important way that defines how users experience “information”. The app guesses the topics you’d like to hear more about during a conversation. Say you’re chatting with a friend, trying to make lunch plans. You text, “Are you free at noon for lunch?” Just below that message is a small representation of the day’s schedule on your calendar, which you can tap to create a full calendar entry, pre-populated with “Lunch” as the event name.

“Siri and Emu highlight the power of designing around user experience. Even given the same information, there are vastly different stakes between a system to which you ask questions privately and a system that volunteers answers publicly.

Here are some of the app’s highlights:

So grab the all new messaging app and share your thoughts with us in the comments section.