Encrypted email startup ProtonMail is finally switching from invite-only to public sign ups today, while also announcing the release of native iOS and Android apps. Previously accessible via a web interface only, the Switzerland-based end-to-end encrypted email service was launched in 2014, following the the fallout from NSA whistleblower Edward Snowden’s 2013 disclosure of government surveillance programs (via TechCrunch). 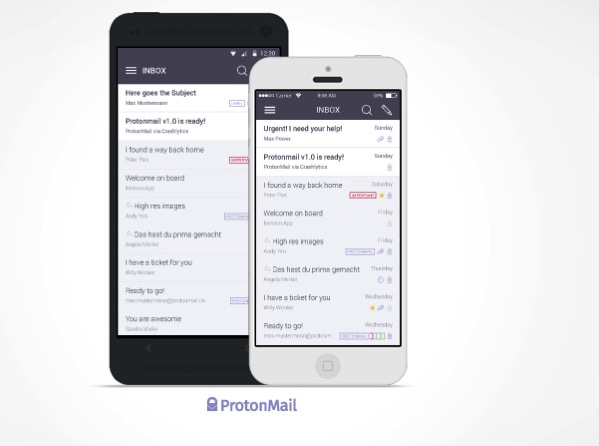 In an official blog post, ProtonMail founder Andy Yen said that Apple’s stance in the FBI case is admirable, although he believes Apple will eventually lose the case. While remaining upbeat about privacy rights, he said, “The best way to ensure that encryption and privacy rights are not encroached upon is to get the tools into the hands of the public as soon as possible and widely distributing them”, continuing that this puts the choice in the hands of the consumer, and not government regulators.

“If one of the world’s largest tech companies is willing to publicly stand on the side of privacy rights, it means this entire space has gained a powerful ally in the inevitable future clashes with the US government, and this makes us less worried for the future,” Yen says.

“Unfortunately, I think Apple is destined to lose this case, as the FBI has cleverly selected a case where popular opinion will be strongly against Apple. However, even if the case is lost, I think the new crypto-war will ultimately be won. If companies like Apple with millions of consumer users are standing on the side of privacy, then privacy will likely prevail in the long run.”

ProtonMail currently has over one million users, though the number will quickly go up significantly as it opens the doors to all comers, and as Apple vs the FBI has raised public awareness around encryption and data privacy.