This Store Offers “Enlarge Your Pants Pockets Service” for iPhone 6 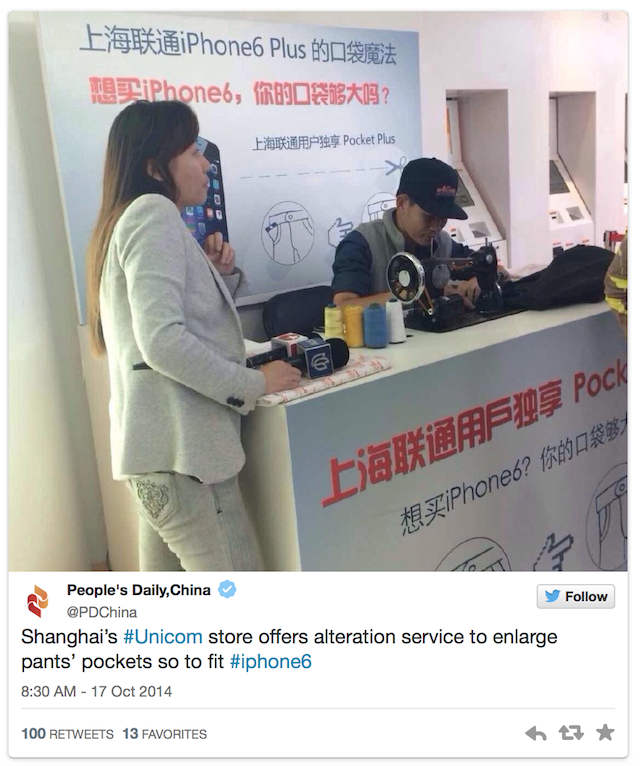 A store in China is keeping a tailor on hand, offering a service to enlarge existing pants pockets for those who are having trouble fitting their iPhone 6 Plus devices in their pockets. According to BusinessInsider, this is probably just a publicity stunt, but it’s surely working, grabbing media attention all over the world.

“The iPhone 6 should fit fine in anyone’s pants, since it’s just 4.7-inches large. The iPhone 6 Plus, at 5.5-inches, is going to be a bit snug in most pants pockets”.

Previously, it has been reported that top fashion brands including Levi’s and American Eagle are already looking at re-engineering their jeans around bigger smartphones, with some specifically designing bigger pockets to fit the 5.5-inch phablet from Apple, the iPhone 6 Plus.

Are you having a problem fitting your iPhone 6 Plus in your pants pockets?