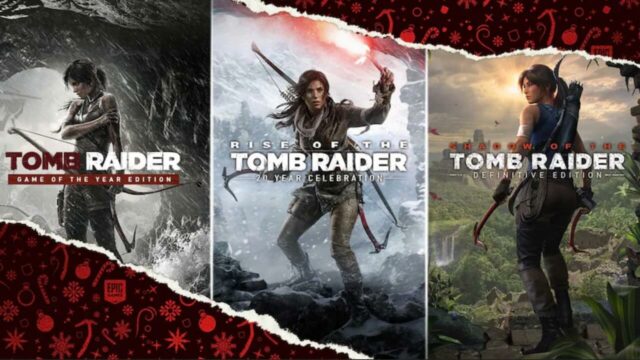 Epic Games has been hosting a holiday promotion on the Epic Games Store. Each day, the company unveiled a new game that was being offered for free over a 24 hour period. During the promotion titles like Control, Shenmue 3, Salt and Sanctuary, and more were available to redeem and keep for free as long as the Epic Games account remained active.

Let’s go out with a bang.

For the final day of 15 Days of Free Games, we’re giving you… not one, not two, but three (3!!) Tomb Raider titles! 🎉https://t.co/1bzgT8Rlyy pic.twitter.com/G83gfAhncb

As with any similar promotion, it’s always highly encouraged that anyone with an active Epic Games account redeems the offered titles, even if there is no intention to play them at the current time.

An Apple AirTag proved instrumental in the arrest of a U.S. airline worker in connection with a series of luggage thefts — reports Insider. Apple launched the AirTag for $29 USD ($39 CAD) last year to help customers keep track of their belongings (and more). AirTags harness the Find My network, which comprises over one...
Nehal Malik
9 hours ago