As reported today by The Verge, the European Telecommunications Institute (ETSI) announced that it has adopted a standardized design for next-generation SIM cards.

In this instance, next-generation SIM cards will be “nano-SIM” cards that are approximately 40 percent smaller than the current micro-SIM card found in the iPhone 4 and iPhone 4S.

The driver behind approving a smaller SIM card for use is so that device manufacturers can have more space for their smartphone/device designs.

The fourth form factor (4FF) card will be 40% smaller than the current smallest SIM card design, at 12.3mm wide by 8.8mm high, and 0.67mm thick. It can be packaged and distributed in a way that is backwards compatible with existing SIM card designs. The new design will offer the same functionality as all current SIM cards.

Apple and other mobile phone manfucatuers submitted designs for the nano-SIM card, however once all designs were finalized the majority resembled Apple’s prosposal.

Near the final selection, the two remaining designs were that of Apple and RIM/Motorola. However, as indicated in an earlier report, the two designs only differed externally on a notch in the side of the SIM card. The notch, submitted by RIM/Motorola, is to enable a “push-push” system so that the SIM does not need a tray. This design is seen in many devices that carry a microSD card.

At the time, the ETSI did not comment on which design was chosen, however a report from IDG News Service seems to indicate that Apple has won. Although some manufacters remain unsatifiesd.

Apple has won a battle over the standard for a smaller SIM card, the use of which would leave more room for other components inside future phones and tablets.

However, Nokia remains unhappy with the outcome. The company claims the selected nano-SIM proposal is technically inferior and not suitable for a number of applications, and Nokia believes that the existing micro-SIM standard (known as 3FF) will continue to be the preferred option for many manufacturers and devices. 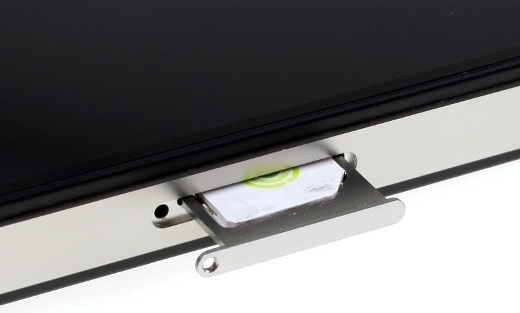