The former CEO of Wind and the ex-head of Rogers believe there is a strong demand for smartphone repair shops in North America, so they plan to open a dozen Mobile Klinik stores in Canada. Both see services for smartphone users as a missed opportunity in the market (via the Globe and Mail). 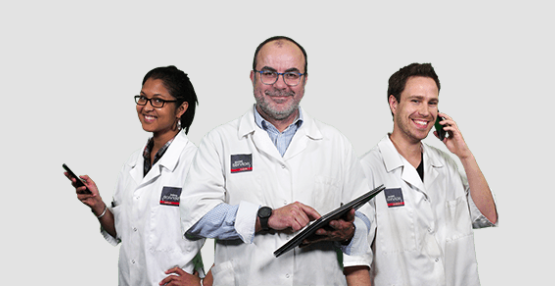 Ken Campbell (ex-Wind) and Rob Bruce (ex-Rogers) will bring a bit of Europe to Canada: they reached a franchise agreement with Point Service Mobiles (PSM), a Paris-based company with more than 200 shops across three countries on the old continent.

“Not all the best ideas have made their way to Canada yet,” said Mr. Campbell, who now runs a mobile operator in North Africa. “If you’ve ever broken your phone, the experience is variable – it can be great, or it can poor. It’s an industry that’s never consolidated. We’re taking an advantage of what we’ve seen as something that’s missing in the Canadian market.”

The main idea is to create a professional environment where a customer enters with a broken phone and gets a quick diagnosis, an instant price quote, repairs completed in under an hour, software services such as memory backups and transfers, and a one-year warranty on parts and labour for repairs.

Their plan is to open about 60 stores over the next three years in the Montreal-Toronto corridor, and likely in Alberta and B.C. The stores will be placed in high-traffic malls, close to wireless kiosks, and in outlets run by carriers to open a dialogue for a possible partnership with telecom companies like PSM did with Orange and Virgin Mobile. It sounds like a great plan. But will you bring your phone to that store?

[caption id="attachment_386668" align="aligncenter" width="800"] Image: Ledger[/caption] Tony Fadell, a famed product designer and former Apple Senior VP who is credited as being the "father of the iPod," has come out of his rather quiet life of investing and writing books about his career to lead the development of hardware cryptocurrency wallets at Paris-based Ledger. Cryptocurrency...
Nehal Malik
53 seconds ago