Latest rumours from the jailbreak world are claiming that evad3rs iOS 7 – 7.0.4 jailbreak exploits were stolen and sold, which is resulting in a delay in public release of an iOS 7 jailbreak utility. The rumours, which have now been stirring on social media for over a week, began after a tweet from @i0n1c that said “So apparently someone around the evad3rs stole a jailbreak from them and sold it to a private buyer” (via iDT).

In order to find out if the exploits really were stolen and if it will delay the iOS 7 jailbreak release, the source contacted evad3rs team member @pod2g, who responded to the rumour by saying, “That’s complete bullsh—.” As to the status of the team’s work, he added, “the jailbreak stuff is moving on, but slowly.”

“So, basically, no. There has been no jailbreak stolen from the Evad3rs and sold. As a result, the release date has not been impacted because the rumor is false. And yes, there will certainly still be a free public jailbreak release by the Evad3rs.” 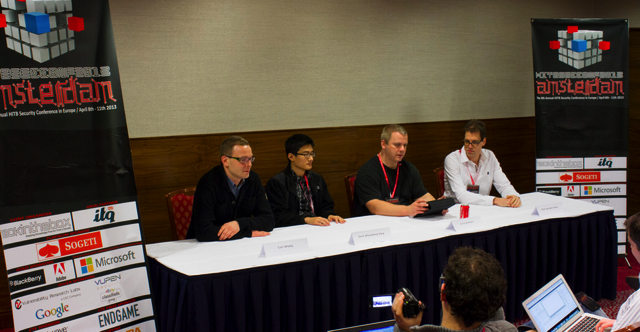 So while @i0n1c is certainly a credible source for the most part, and has an extensive amount of knowledge concerning the way vulnerabilities can be found to create jailbreak exploits, we must keep in mind that he is also pretty notorious for trolling the jailbreak community.

After iOS 16.1 beta users discovered Adaptive Transparency enabled for the original AirPods Pro and AirPods Max, we’re now finding out this is actually a “bug”. That’s according to what Bloomberg’s Mark Gurman shared on Monday morning, citing the MacRumors report. “I’m told this is a bug,” said Gurman in his retweet. He later clarified the […]
Gary Ng
7 mins ago