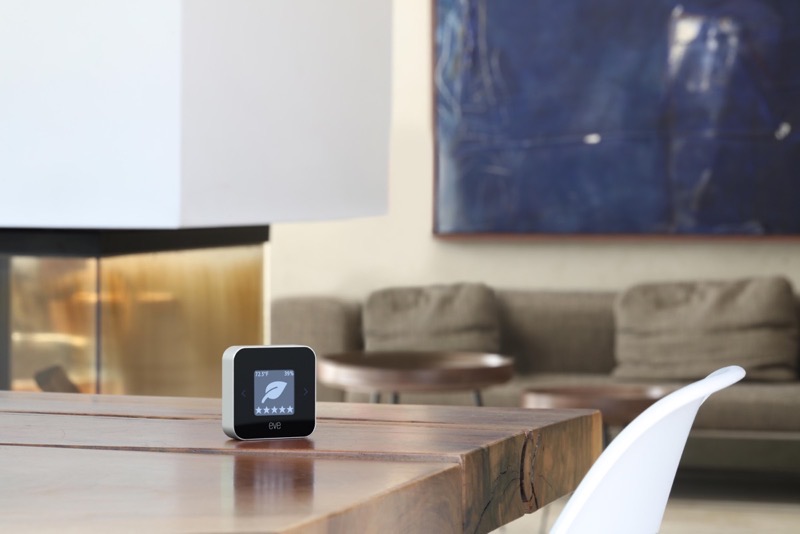 Eve has announced there’s now a version of its popular indoor air quality monitor, Eve Room, with Thread support. Thread is the new smart home industry standard that is supported by Apple, Google and more.

The wireless Eve Room uses Switzerland-based Sensirion’s energy efficient sensor to track the air quality of your room, including temperature and humidity, and comes with a high-contrast e-ink display.

“Thread has been a spectacular success for us, and in a not too distant future a Thread network in your house will be just as common as Wi-Fi”, says Jerome Gackel, CEO of Eve Systems, in an issued statement to iPhone in Canada.

“If you purchase an Eve product with Thread, like Eve Room, you’re making a sustainable, future-proof choice, as Thread is one of the natively supported standards in Matter, the common protocol backed by Apple, Google, Amazon, SmartThings/Samsung, Eve and many more,” added Gackel.

Eve Room can measure volatile organic compound (VOC) concentration, temperature, and humidity levels in your home, along with the ability to detect harmful VOC levels. It’s powered by Bluetooth and data can be seen from the Eve Room or your iPhone—there’s no need for a bridge or gateway.

The device has a built-in battery with over 6 weeks of battery life on a single charge via microUSB.

Eve confirmed Eve Room Thread pricing in Canada will be $129 and is expected to hit Amazon.ca by today or later this week.