A brand new iOS app called Wickr offers military-grade encryption for protecting text, photo, audio or video messages on an iPhone. Wickr is so easy to use that “a 3-year-old can send encrypted messages”, says the app’s co-founder Nico Sell (via CNET). All messages you send using Wickr disappear within six days, unless you want them to self-destruct earlier than that. You can also set individual messages to autodestruct within a set period of time after the recipient opens them. Best of all, the app is available as a complete free download in the iTunes App Store.

Reporters always asked me how they can securely and anonymously communicate with sources, and there hasn’t been an easy answer. That was my first use case,” she said in an interview with CNET today. She also wanted her children to be able to freely express themselves in a safe space. “My 3-year-old can send encrypted messages” using Wickr, Sell said.

Once the app is downloaded, you create an account by providing a username and typing in a password. I found it was straightforward to send a test message to Sell and to send invites to friends from my contacts list via e-mail or text message. I set the app so alerts pop up when someone sends me a message via Wickr. The app also allows you to block certain users or allow only certain ones.

Here are the main features of Wickr iPhone app: 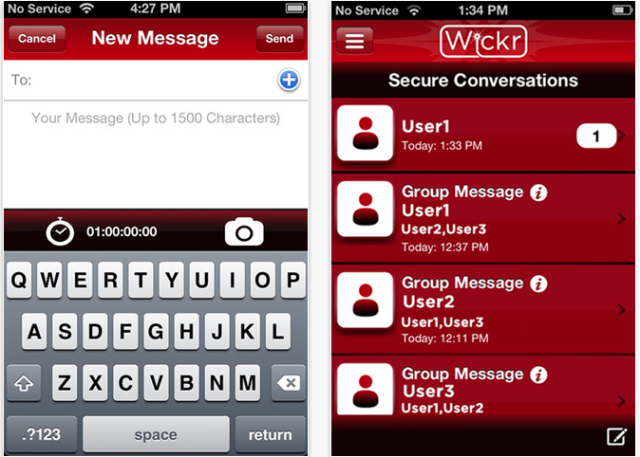