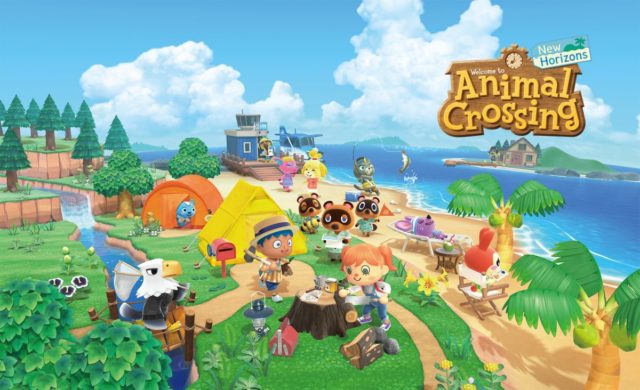 Nintendo went live this morning with its Animal Crossing: New Horizons Direct. The 25-minute presentation shed light on new information and surprises while giving a refresher on the basics before the game’s launch.

Animal Crossing: New Horizons is a fair departure from building out your small-town community. Now, you’ll be placed on an island, but you’ll still be crafting, building, and decorating all the same. The game will let you choose an island layout and place you in the northern or southern hemisphere, which will affect when the seasons change over the course of the year. 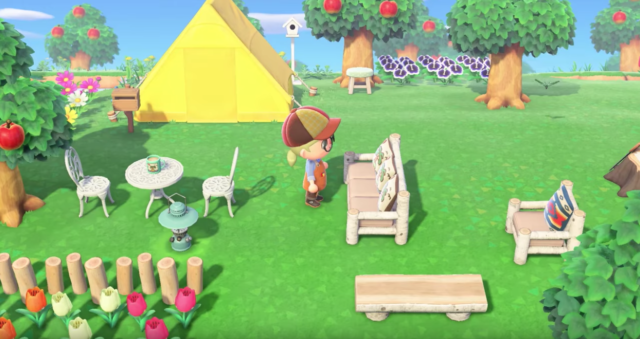 Once on the island, you’ll be given a tent to set up and some bare essentials to start your journey. You’ll meet new and familiar faces on the island and complete activities and gain rewards to craft new items such as clothing and furniture.

Of course, it’s not Animal Crossing without Tom Nook. Once again, Tom Nook plays a critical role in Animal Crossing, giving you basic supplies and a Nook Phone, which acts as a tool and resource with a map app, camera, and other functions that will update as the game evolves. Tom Nook will also offer loans and help turn your basic tent into a full-fledged house with expansions available to customize during your stay on the island.

Once the island is fully built, Tom Nook will grant you a permit to make land development changes. From there, you’ll be able to conduct major constructions around the island such as building and demolishing cliffs, rivers, and lay down paths and bridges.

There are many activities to complete while playing Animal Crossing: New Horizons. You can collect resources to craft new clothing and furniture, catch fish and bugs. But be careful, scorpions and ghosts roam the island. You can also complete challenges to gain Nook Miles. The Nook Mileage program rewards players for completing certain tasks in exchange for in-game items.

In case you need to stretch your legs and explore, mystery island tours are available. During these trips, you’ll explore smaller islands to collect items for your return. 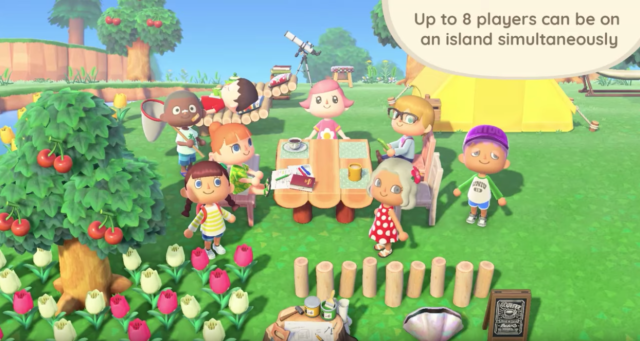 You don’t have to play Animal Crossing: New Horizons alone either. Nintendo has announced that up to eight players can live on one island together. With ‘Party Play’ four players can explore the island at the same time under the leadership of one of the party members. The three remaining will be considered “followers” and any items found by followers will be found in the “recycle box” for storage. You may also visit other players on their own designated island via the airport. Taking a plane, you can visit friends, or have up to seven players come visit you and see your developments.

Nintendo also announced that Animal Crossing: New Horizons would be continuously updated with new residents becoming available. There will also be free updates, including the day one update: “Bunny Day”, which starts in April. Additional facilities including a museum and tailor will be added. Plus, events such as a fishing tournament or bug-collecting “bug off” event will be held for players. 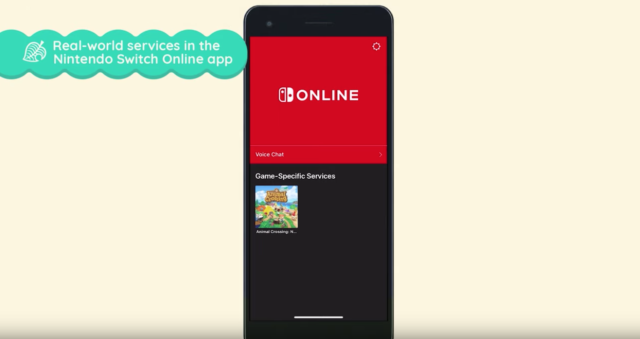 Finally, the Nintendo Direct outlined a few of the supporting features. Animal Crossing: New Horizons will indeed have amiibo support via figures and cards. “NookLink” will become a part of the Nintendo Switch mobile app will let you scan QR codes to upload new designs for customizable items, and allow you to connect and talk with your friends while playing. During the Direct, Nintendo also announced that the game will not support cloud saves, but will have a service to restore lost data.