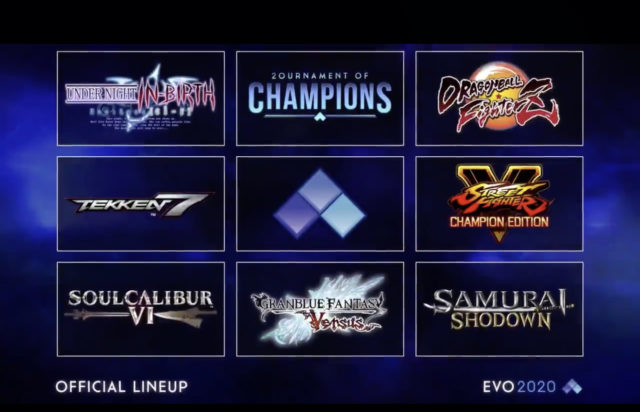 EVO organizers have announced an online tournament running through July. Previously, the fighting game esports tournament was cancelled due to COVID-19. However, it turns out EVO will live on this year as an online-only tournament. EVO Online will take place across five weekends through July and into August.

According to the video, most of the aforementioned games will form the pillars of the online tournament with one major exception, Super Smash Bros. Ultimate. Naturally, fans and players of the game were a bit upset at the game’s omission. EVO organizers have not made an official comment on Super Smash Bros. Ultimate‘s removal off the slate. However, the accepted theory running through the community is that the game’s online support would not accommodate competitive levels of play.

EVO Online will also be holding “special exhibitions and content” for the lineup. Fans should expect more ways to interact and take part in the tournament. In addition, four open tournaments will be available for games such as Mortal Kombat 11 Aftermath, Killer Instinct, Them’s Fightin Herds and Skullgirls 2nd Encore.

EVO Online will begin on July 4th and will run each weekend through to August 2nd. Submissions to sign up and additional event information is “coming soon”.