The most recent photo leak doesn’t reveal details of the upcoming iPhone 5S. Instead, it shows a device that differs quite a lot from what we got to know as the iPhone: It’s an early iPhone prototype with a 5-by-7-inch display and 2-inches thick from 2005. 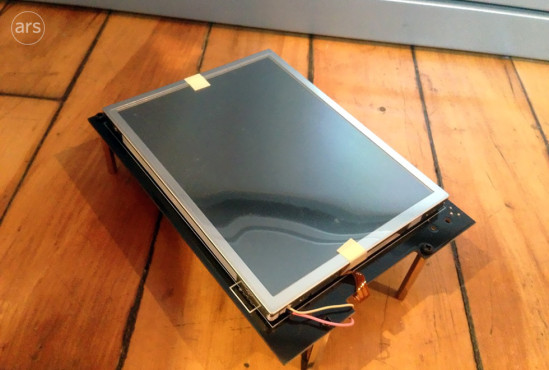 The prototype was revealed by Jacqui Cheng of Ars Technica on Monday via a former Apple employee, who wished to remain anonymous. The images bring several surprises. For instance, at this early stage of development, the iPhone featured a number of ports including USB, serial and even a full-fledged ethernet connection.

However, some of these ports, such as the ethernet and serial port, were never intended to be featured on the final product, they were included just to make working on the device easier. 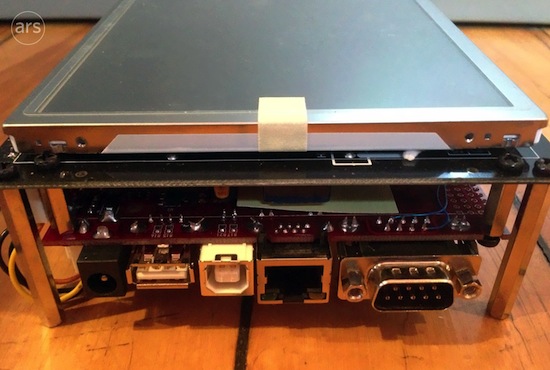 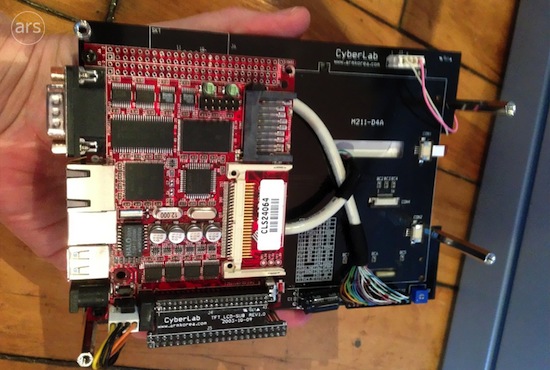 One of the most impressive things revealed by the ex-Apple employee is this iPhone prototype runs a version of OS X. The photos also reveal that the company intended to use an ARM chip manufactured by Samsung this far back, as the prototype uses an ARM9 chip, “a distant relative of the chip the first iPhone ended up using.”

However, while the Monday image leak refers to the prototype as an early version of the iPhone, Steve Jobs revealed back in 2010 during an AllThingsD Conference, that Apple was working on a tablet before they started working on the iPhone. In this context, the large 5-by-7-inch display would suggest this may actually been intended to serve as a table-style device.

Despite working on a touch-screen tablet first, Apple decided the market wasn’t ready for a tablet yet, and started pushing toward building a smartphone. And the first-generation iPhone arrived in 2007.