Backed by $46 million from Andreessen Horowitz and Greylock Partners, a team of former Apple engineers and executives have officially launched a new social broadcasting platform today called ‘Caffeine’, that takes on the likes of Amazon’s Twitch and Google’s YouTube Gaming, TechCrunch is reporting. 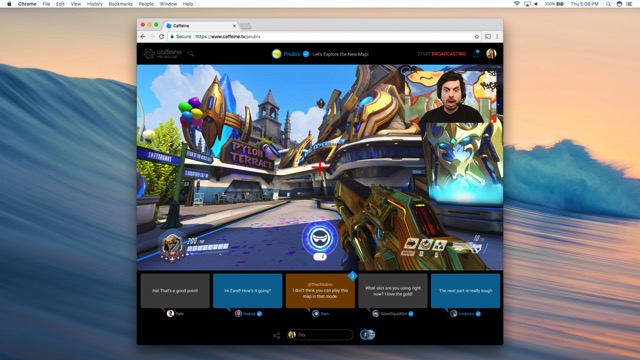 Caffeine, which has been co-founded by former Product Design Lead for Apple TV Ben Keighran and Senior User Experience Designer at Apple Sam Roberts, has developed its own publication tool in the form of a free 10 MB download, which makes getting started with streaming easier for the casual gamer.

The software allows gamers to start streaming from their Windows PC with a single click. In addition, users can also live stream their content from their web browser or their iPhone.

“There’s about 800 million gamers out there, but there’s roughly 2 million content creators a month on Twitch. We think a lot of people would like to create a broadcast of their video game, but it’s a bit of a pain to do right now,” explains Keighran. “You’ve got to download third-party software; you have to set bitrates, IP addresses, stream keys. You have to have an elaborate set-up with potentially multiple screens,” he says.