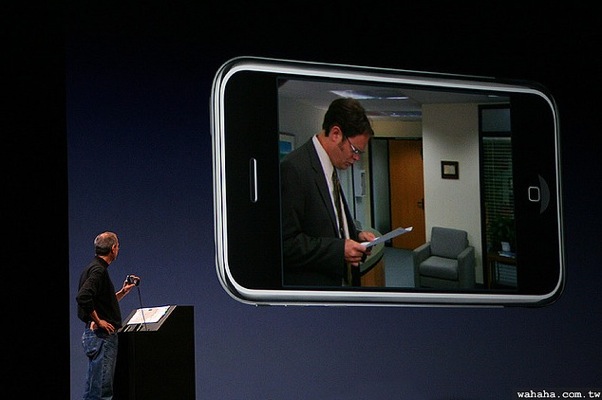 The New York Times has a lengthy interview with Andy Grignon, a former senior engineer at Apple who was directly involved with Steve Jobs and the original iPhone launch. It’s a monster 8-page article that is a fascinating read.

It shares anecdotes about the shrouded secrecy surrounding the launch and also how much pressure was on employees to build one of the most iconic smartphones of our time. For example, the live on-stage demo required perfection and Apple had to figure out a way to make its wireless signal hidden to prevent its smart audience from exploiting the signal and possibly ruining the demo:

The software in the iPhone’s Wi-Fi radio was so unstable that Grignon and his team had to extend the phones’ antennas by connecting them to wires running offstage so the wireless signal wouldn’t have to travel as far. And audience members had to be prevented from getting on the frequency being used. “Even if the base station’s ID was hidden” — that is, not showing up when laptops scanned for Wi-Fi signals — “you had 5,000 nerds in the audience,” Grignon says. “They would have figured out how to hack into the signal.” The solution, he says, was to tweak the AirPort software so that it seemed to be operating in Japan instead of the United States. Japanese Wi-Fi uses some frequencies that are not permitted in the U.S.

You can read the entire article here–we won’t spoil the juicy bits for you as it’d make for a great weekend read.

Earlier today, Apple CEO Tim Cook sent out an email to employees to reflect on the life of Steve Jobs on the second anniversary of his passing, which will be on October 5, 2013. Below is the original iPhone presentation, one of the best on-stage performances in history by Jobs and his team:

Do you still have the original iPhone in your possession?