**Pre-order your iPhone 3G invisibleSHIELD and get 20% off your order, plus FREE shipping! Limited time offer, order today!**

It’s Monday today! That means on this Friday you eager beavers out there will finally get your hands on the NEW iPhone 3G (that’s if you’re willing to sign away for 3 years). Anyways, in anticipation of the launch iPhoneinCanada.ca has managed to get our hands on the Rogers/Fido iPhone 3G In-Store Setup instructions!

The following instructions detail how individual Rogers Wireless and Fido retail outlets will have to put together their iPhone 3G displays. The important thing is that customers visiting the store will not be able to walk away with either the iPhone 3G demo unit or the charging dock (no matter how hard you try–there will be an alarm system!) Check out the gallery below for more details! 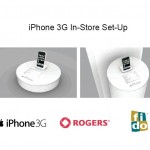 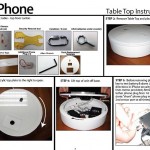 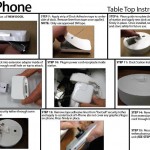 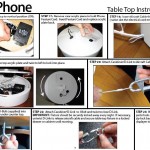 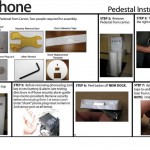 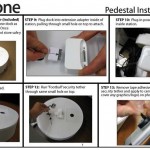 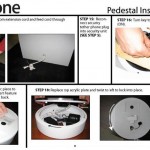 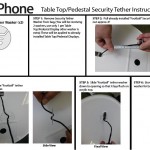 Confirmed: Rogers/Fido Outlets Will NOT be Opening Early

Many people out there have emailed me asking if Rogers or Fido stores will be having “midnight” openings for sales of the iPhone 3G. I have received confirmed reports that this will NOT be the case. So if you’re expecting an early sale of the iPhone 3G, it won’t happen during the night but during regular store hours. I would suggest breaking out the lawn chair and blanket if you are going to camp out (and some adult diapers) all night long.

Possible Fallout Between Apple and Rogers?

So there’s fresh rumors that Apple is snubbing Rogers due to those “high value” iPhone 3G plans. The beef involves a possible diversion of iPhone 3G stock from Canada to Europe. Not sure what to make of it since it’s a rumor, but it might be interesting to check out.

If you haven’t signed this already, you should. This petition is the brainchild of Liberal MP David McGuinty. It reads:

We, the undersigned residents of Canada, draw the attention of the House to the following:
THAT Canadian consumers pay on average 33% more for cell phone use than American consumers;
THEREFORE, your petitioners call upon the government to support Bill C-555 at all stages in Parliament as quickly as possible.

This is the real petition everybody should sign their name to, as it will the most effective to combat the excessive prices we pay for internet in this country!!