The Federal Communications Commission (F.C.C.) has today scrapped the so-called net neutrality regulations in the U.S., that prohibited broadband providers from blocking websites or charging for higher-quality service or certain content, The New York Times reports. The action has reversed the agency’s 2015 decision, which protected users who have migrated to the internet for most communications. 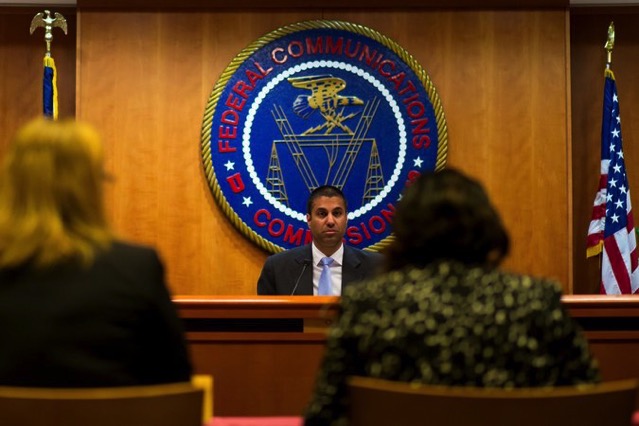 Following today’s decision, the federal government will also no longer regulate high-speed internet delivery as if it were a utility, like phone services. Ajit Pai, the chairman of the commission, said the rollback of the rules would eventually help consumers because broadband providers like AT&T and Comcast could offer people a wider variety of service options. “We are helping consumers and promoting competition,” Pai said.

The five commissioners were fiercely divided along party lines. During Mr. Pai’s speech before the vote, security guards entered the meeting room at the F.C.C. headquarters and told everyone to evacuate. Mignon Clyburn, one of the Democratic commissioners who voted against the action, presented two accordion folders full of letters in protest to the changes.

“I dissent, because I am among the millions outraged,” said Ms. Clyburn. “Outraged, because the F.C.C. pulls its own teeth, abdicating responsibility to protect the nation’s broadband consumers.”

“Your internet Thursday afternoon will not change in any significant and substantial way,” Michael Powell, president of NCTA-The Internet and Television Association, said in a call to reporters ahead of the vote.

As of now, it is unclear how much will change for internet users. The rules were largely meant to prevent telecom companies from favouring some sites over others, although major telecom companies have promised consumers that their experiences online would not change.