Citing a patent application by Apple that was published today by the European Patent Office, a report by Patently Apple is claiming that Face ID, including a Retina Scan, could be coming to future Macs.

While the patent application primarily relates to Touch Bar which is currently limited to select MacBook Pro models, the source believes that it could extend to the Magic Keyboard, Magic Trackpad or standalone device as noted in a set of patent figures. 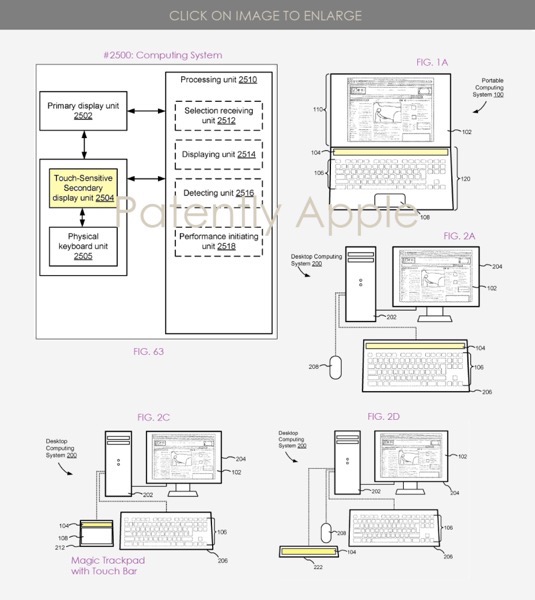 Today’s filing basically extends Apple’s previous patent filing to include biometric information, such as Touch ID, in 29 of the new patent claims:

What’s absolutely new to Apple’s invention / patent application is that they now mention the use of Face ID in connection with MacBooks with a Touch Bar.

The application was originally filed by Apple back in Q3 2017.