During Facebook’s quarterly earnings report yesterday, founder Mark Zuckerberg took to the social network to share a graphic of how many people comprise their community, which now stands at over 1.55 billion people. Of these people, 1.39 billion of them are monthly mobile users.

The company also revealed they added 4 million users to the network from Canada and the USA, their profitable core markets. 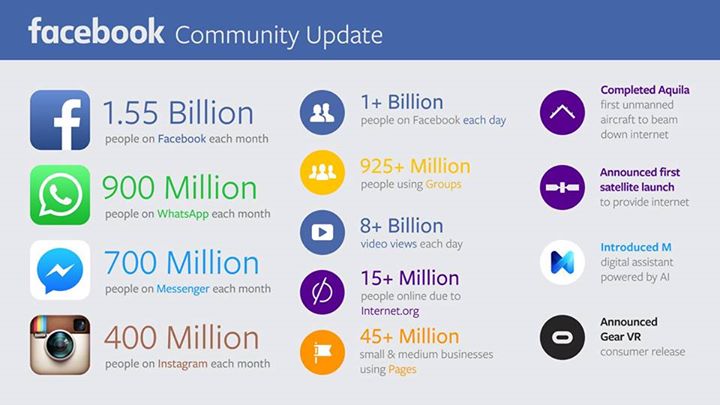 There are now over 1 billion people active on Facebook each day, with over 8 billion video views daily taking place on the social network from 500 million users (up 4 billion since April).

As for other company-owned apps, there are now 900 million WhatsApp users online each month, followed by 700 million on Messenger and 400 million on Instagram. Facebook is taking over the world and our lives.

December 1st marks World AIDS Day and Apple is continuing to support Global Fund in its worldwide fight to stop AIDS. In doing so, Apple Stores around the world are promoting (PRODUCT)RED displays and products. Additionally, Apple is promoting apps, videos, and other materials on its products to help increase visibility. Since 2006, Apple has...
Steve Vegvari
34 mins ago