Facebook looks to jump right into the fitness tracking game, just like everybody else. The social network has acquired the maker of the activity app ‘Moves’ (which we actually enjoy using), which was created by ProtoGeo Oy, a 2-year old Helsinki company with less than 10 employees.

Moves has been downloaded over 4 million times on iOS and Android and has millions of users, says Facebook, which called the app an “incredible tool for the millions of people who want to better understand their daily fitness activity.” 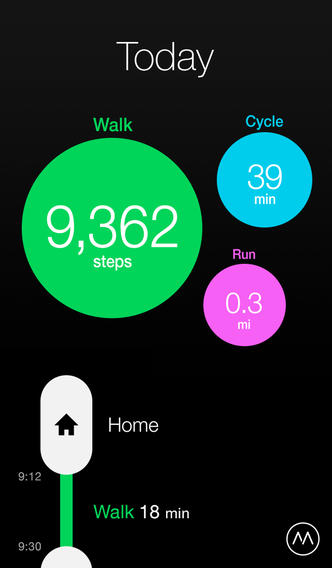 Today, we’re delighted to announce that Facebook has acquired our company. Since we launched Moves, we’ve been focused on running a simple and clean activity diary that millions of people like you have enjoyed using.

Now, we’re joining Facebook’s talented team to work on building and improving their products and services with a shared mission of supporting simple, efficient tools for more than a billion people.

What does this mean for you as users of Moves? Moves will continue to operate as a standalone app, and there are no plans to change that or commingle data with Facebook.

So, the app plans to continue to operate which is good news and data won’t be shared with Facebook, something also echoed by the latter.

According to the WSJ, Moves employees will start working at various Facebook locations:

Moves will continue to operate separately from Facebook, the spokeswoman said, but its employees, including founders Sampo Karjalainen, Aapo Kyrola and Zsolt Szasz will leave Helsinki and join Facebook offices in London and Menlo Park, Calif.

Just another Facebook acquisition, but no details were mentioned about the amount paid. It’ll be interesting to see where Facebook takes this app. Facebook’s goal of taking over the world continues.

You can download Moves for iOS here for free.