Facebook is rolling out new tools to help its 5 million active advertisers manage their mobile advertising campaigns better, according to a new press release from the social media giant. 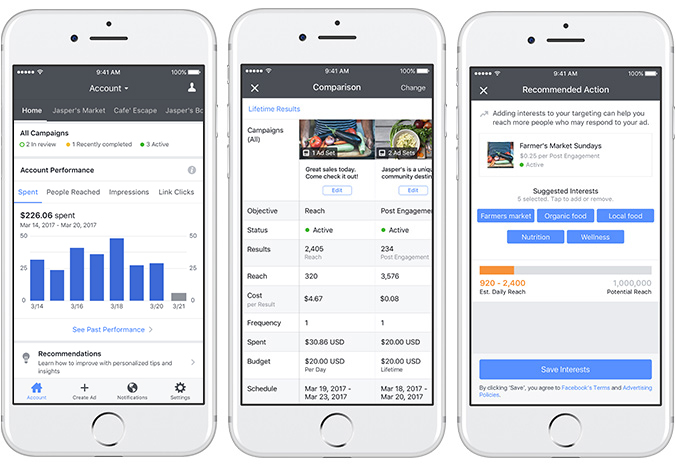 Facebook Chief Operating Officer Sheryl Sandberg told Reuters on Monday that more than 5 million companies are advertising on its social network each month, up from 4 million that it disclosed in September.

“More than 5 million businesses all over the world actively advertise on Facebook and the top three verticals are e-commerce, entertainment and media, and retail,” the company said in a statement.

The company is implementing a new one-click option to reinstate ads that perform well through its Ads Manager app, recommending action on the highest performers and offering insights in a few taps that will show how ads are performing or give you a weekly overview. Facebook has also created Mobile Studio, a new way to show businesses how easy it is to create great ads using only a mobile device.

“We can help meet the mobile challenge,” said Olly Sewell, Facebook’s senior manager for small and medium sized businesses for the EMEA region. Sewell said that more and more businesses are using mobile technology and in response to this the solutions Facebook is providing are on mobile.

The social media giant has also created an e-learning platform for businesses keen to make the most of mobile advertising, through Blueprint. The platform currently has one million unique users worldwide and offers tips and advice for best practices for advertising across Facebook’s apps and services.