Today Facebook announced their popular iPhone app will be getting an upgrade. Facebook had invited the media for an announcement today at their headquarters. They also announced that Android owners would be getting their app up to speed.

As reported by Techcrunch:

The iPhone application, which Zuckerberg says is on the â€œvast majority of iPhonesâ€ is getting the recently-revamped Groups feature. The iPhone app is also getting an updated Places feature. First, the iPhone app is getting improved tagging â€” it will now be easier to tag your friends into a venue. Places is also making it easier to add photos alongside a checkin.

Check for this new update today, and let us know if you spot this in the App Store. 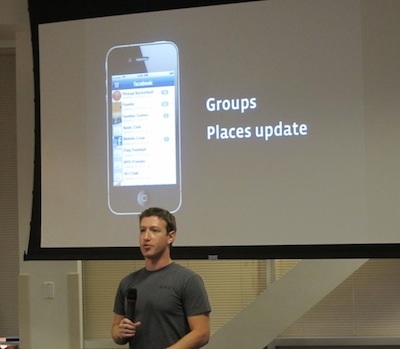