Earlier this year Facebook launched a new beta feature for a small group of U.S. publishers to let them label stories as ‘breaking news’, and now the social network has announced it has expanded this ability to over 50 additional publishers in Latin America, Europe, Australia and North America, which includes Canada. 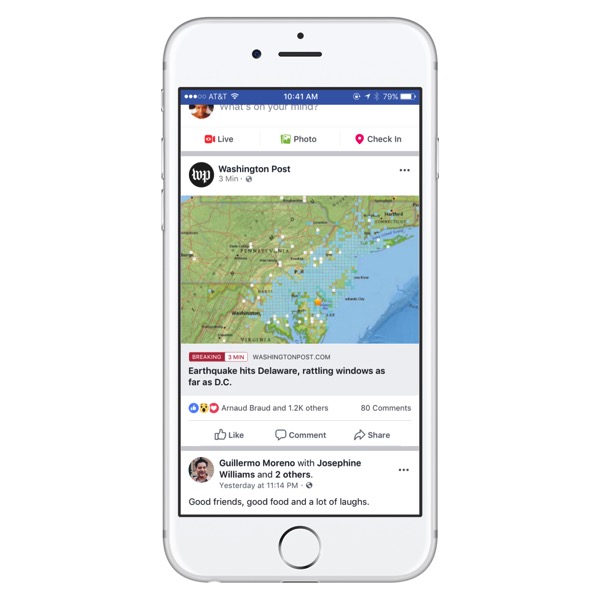 Publishers will be able to use the ‘breaking news’ label for Instant Articles, mobile and web links and Facebook Live. The label can be used once a day and marked for up to 6 hours. Facebook says readers will have the option of providing feedback for news items they don’t consider breaking news.

“As a dominant news publisher on Facebook, we see consumers increasingly turn to this platform for reliable breaking news content,” said Ron Waksman, Vice-President of News Content for Global News and Corus Radio, in a statement issued to iPhone in Canada. “We look forward to taking part in the test and to contributing trustworthy, verified news and information from professional journalists at one of Canada’s most credible news organizations.”

Facebook says from their early tests in the U.S. with this breaking news label, it has increased engagement for publisher stories, including higher clickthrough rates, likes, comments and shares.