Facebook Now Allows You to Reply to Comments with a Video

Facebook announced yesterday it’s now possible to reply to comments with a video, a new feature engineer Bob Baldwin explains was prototyped at the social network’s 50th Hackathon earlier this year, created in just over one day of coding:

At the hackathon, we coded as quickly as we could all day, and by the evening we could feel the pieces starting to come together. A little past midnight, we had the feature mostly working on both desktop and mobile apps. And when we demoed our hack to fellow employees the following week, they absolutely loved it! Over the past few months, we continued to refine and stabilize it, as a side project we all were eager to ship. 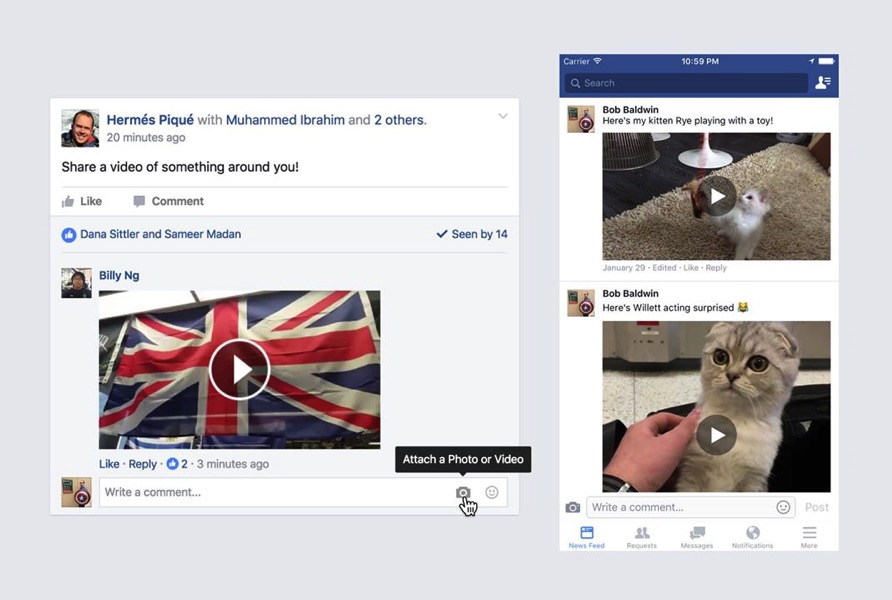 Video replies to comments is now available worldwide on the web, iOS and Android, as replies to posts by people and pages, plus within groups and events. To send a video reply, all users need to do is tap the camera icon next to the comment field and select a video.

We’re not seeing this live on the web or mobile in Canada yet, but it should be rolling out shortly.

American Express Canada and Metrolinx have just enabled tap-to-pay functionality on eligible PRESTO devices for GO Transit and Union Pearson (UP) Express in the Greater Toronto and Hamilton Area. Cardmembers can pay for their adult transit fare with a contactless-enabled American Express Card, mobile wallet, or payment-enabled smartwatch. To make for a seamless experience, Cardmembers...
Usman Qureshi
24 mins ago