After recent news of Facebook Messenger’s hidden dark mode on iOS and Android, the social network has officially announced the feature is now rolling out to all users. As the beans were spilled on the internet, it was time to finally explain the feature. 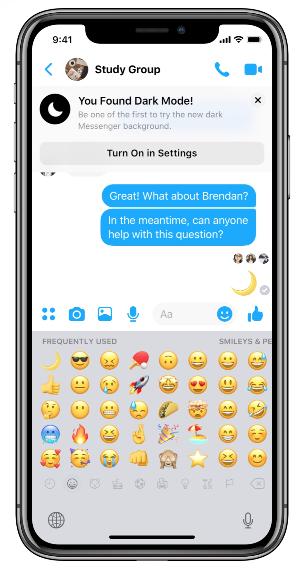 Dark mode switches the app’s white background to black, making it easier to use in darker environments. 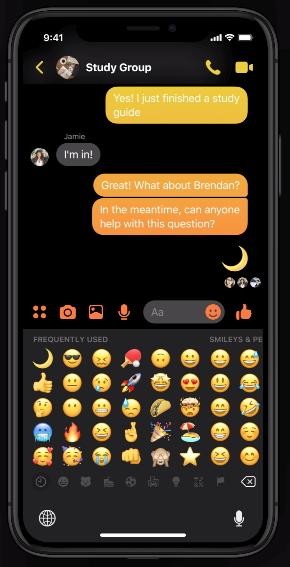 In order to unlock dark mode, it was discovered sending the crescent moon emoji would unlock the dark mode setting and allow users to enable it.

In a blog post today, the Messenger team writes:

Messenger’s dark mode provides lower brightness while maintaining contrast and vibrancy. Dark mode cuts down the glare from your phone for use in low light situations, so you can use the Messenger features you love no matter when or where you are.

Dark mode is currently accessible to all Messenger users around the world on the latest versions of iOS and Android by sending the crescent moon emoji, and will be fully rolled out in settings in the coming weeks.

As noted in our tutorial from the weekend, Messenger dark mode is available in Canada. If you’re not seeing it, make sure you’re running the latest version of Messenger, or try force closing and re-opening the app, then follow the instructions above again.

Dark mode is available in macOS Mojave, but currently is not available on iOS yet. Apple is rumoured to unveil dark mode for iOS 13 at this summer’s WWDC, according to Bloomberg.