Last year, Facebook debuted its Find Wi-Fi feature in a handful of countries that lets you find nearby Wi-Fi hotspots and today, the company is rolling it out everywhere in the world on iPhone and Android. The feature is not only helpful for people who are traveling or on-the-go, but especially useful in areas where cellular data is scarce. 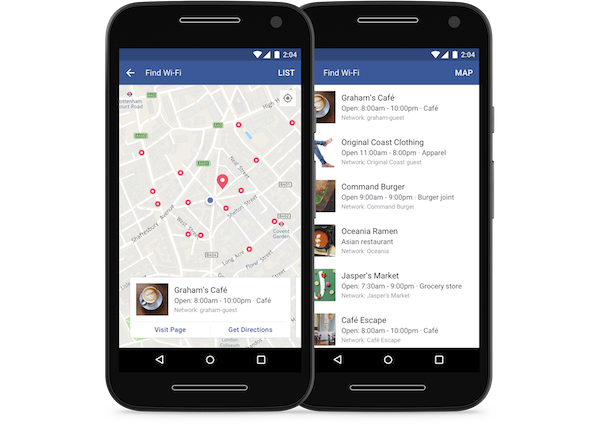 Find Wi-Fi helps you locate available Wi-Fi hot spots nearby that businesses have shared with Facebook from their Page. So wherever you are, you can easily map the closest connections when your data connection is weak.

Click on the “More” tab and then “Find Wi-Fi”

Once in the “Find Wi-Fi” tab you may need to turn it on.

Now browse the closest available hotspots on a map to join, or learn more about the businesses hosting them.

Below is a short video showing how the new feature works: