Today, Facebook has announced a new feature on iOS, which is designed to provide Foursquare-style recommendations on places that users visit.

The new feature, called “Place Tips,” will show you posts and photos that your friends have shared at the location you are currently visiting. For example, if you visit a restaurant that a Facebook friend has previously been to, Place Tips will show you any relevant photos or posts that were made at that location.

“From friends’ recommendations to information about the places and things that interest you, Facebook helps you connect with the world around you. To better show you this content at just the right place and time, today we’re launching a new feature called place tips. Place tips will show you fun, useful and relevant info about the place you’re at. Tapping on place tips won’t post on Facebook or show anyone where you are.” 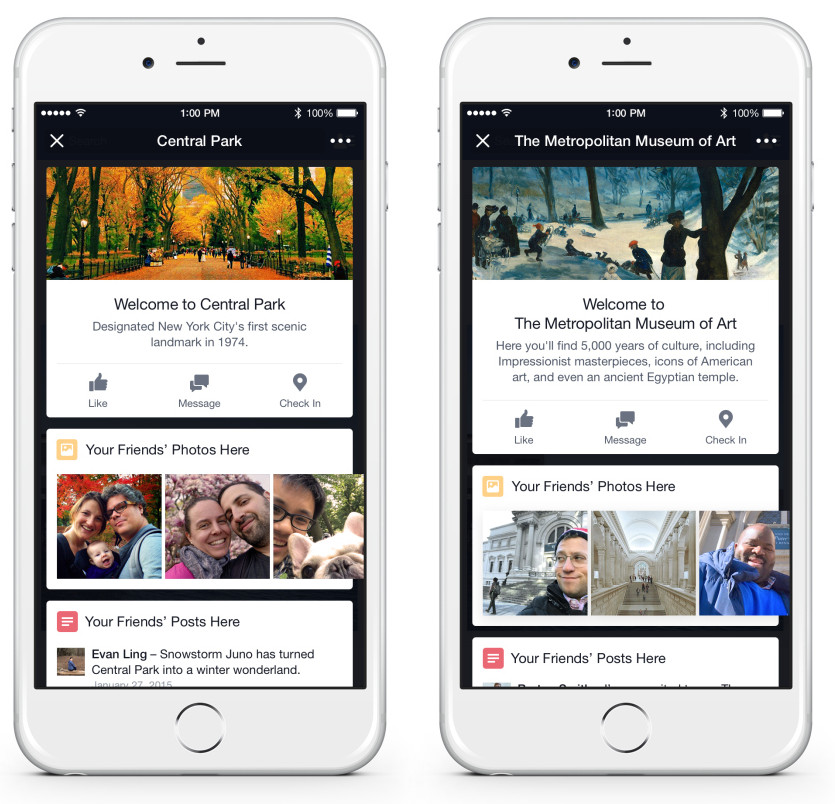 As of today, iPhone users may start seeing Place Tips at the bottom of their news feed within the main iOS Facebook app. The feature uses a combination of cellular networks, Wi-Fi, GPS, and Bluetooth to determine the user’s location and deliver them the appropriate information.

Place Tips only works if you give the Facebook app permission to access your location. The feature can be explicitly disabled in the settings menu.

Currently, Facebook is limiting Place Tips specific locations, including New York. The company will slowly rollout the new feature to all Facebook users after their testing phase is complete.

Facebook for iOS is available as a free download from the App Store. The app requires a device running iOS 7 or later and has been optimized for the iPhone 5, 6, and 6 Plus.