I’ve noticed a few changes to the Facebook iPhone app lately, and there hasn’t been a recent update to make these changes occur. In particular, when tapping the “+” icon on the home newsfeed, new Like/Comment icons emerged. Also, when tapping on Comment, you would see the ability to ‘Like’ individual comments. Strange, right?

Well, it appears these new changes are because the Facebook iPhone app now fulls the main news feed from m.facebook.com, as noted by Inside Facebook. Previously, Facebook unified their mobile versions to make things easier across all devices.

By utilizing this mobile feed for the iPhone app’s main news feed, we will see improvements faster and bug fixes sooner.

Here’s a screenshot–as you can see the new icon just pops up, and looks pretty nice: 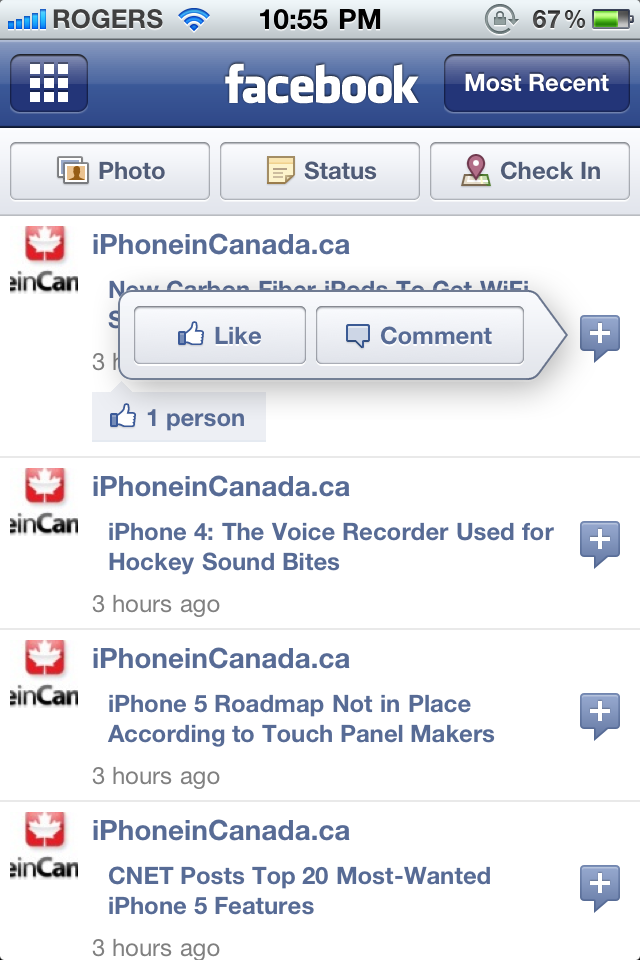 Check out the main news feed in the Facebook iPhone app and you’ll get the same results!

American Express Canada recently updated their iOS and Android apps to include built-in chat support. The new feature allows cardholders to chat with a representative for customer support. All you have to do to get started is tap the ‘chat’ icon in the upper right corner of the app to get started. Once you ask...
Gary Ng
6 days ago