Are you one of those people with hundreds, or thousands of ‘friends’ on Facebook? It turns out the actual number doesn’t mean a thing, according to a recent study. The Univerity of Oxford has revealed that Facebook popularity is a poor indicator of how many friends a person really has offline (shocking!).

According to CBC News, the study suggests an average Facebook user may have just 14 “close” friends amongst all of their social network connections, with only 4 of them can actually be depended upon in times of need. 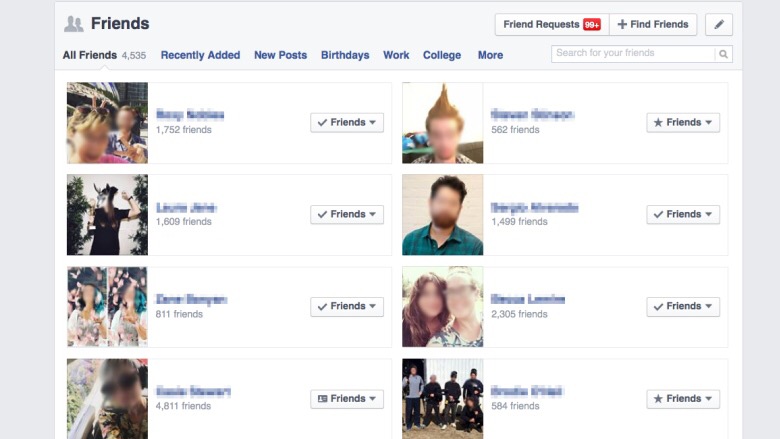 Researchers note findings hold true for Facebook users of all age groups between 18 and 65, and both men and women, regardless of how many friends they have online.

According to the study’s author Robin Dunbar, results suggest that heavy users of online social media do not have larger offline social networks than casual users, “even though more of these may appear online for heavy users”.

“These data constitute the first attempt to determine the natural limit on network size using unbiased, randomized, stratified sampling of a national population,” wrote Dunbar in his findings, published this month by the Royal Society of Open Science. “As such, this study is the first real attempt to test whether online social media do allow us to increase the size of our social networks.”

Facebook has plans in the next few weeks to implement a new way to Like posts, called Reactions.

The Oxford study aside–what’s a real-life test of whether a Facebook friend is indeed an actual friend? If you see an old high school chap (or ex-flame) of yours on the street–would you go say ‘hi’ to them or keep walking? If you say ‘hi’–friend. If not, ‘unfriend’ them, you spineless jellyfish.

Do you believe the results of the study apply to you? Share your thoughts with us in the comments (you popular, friendless monster).