Facebook (FB) has finally gone public today, the second largest IPO ever in the history of U.S. The company, which was launched by Mark Zuckerberg from his Harvard University dorm only eight years ago, started trading at $42 a share under the symbol “FB,” bringing the company’s worth to $116.6 billion. However, shortly after the stock made its debut, the price began falling to close to $38, its opening share price. 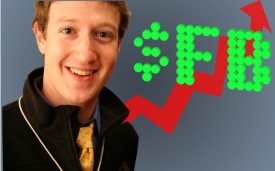 For Facebook, the IPO is transformative in several ways. For one, the company’s $104 billion valuation means it is officially a corporate heavyweight. The offering is the second-largest in U.S. history, ranking just ahead of General Motors’ 2010 IPO, which raised $15.8 billion, and behind only Visa’s (V) $17.9 billion deal in 2008. Facebook also already eclipses the market capitalization of established tech titans such as Cisco (CSCO) and Hewlett-Packard (HPQ).

Beyond instantly turning a number of Facebook employees into millionaires and billionaires, the IPO was expected to boost investor demand for startup companies going public. The hope in Silicon Valley and other tech meccas around the country is that the offering will stimulate interest in smaller technology companies looking to enter the public markets. But if Facebook has a poor showing, those hopes may go unfulfilled.