You Can Manage Your Identity on Facebook Using Face Recognition

Facebook has today announced that it has added face recognition to the optional tools that help people better manage their identity on the social network. Using the same technology that allows Facebook to suggest friends you may want to tag in photos or videos, the new face recognition will help users detect when others might be attempting to use their image as profile picture. 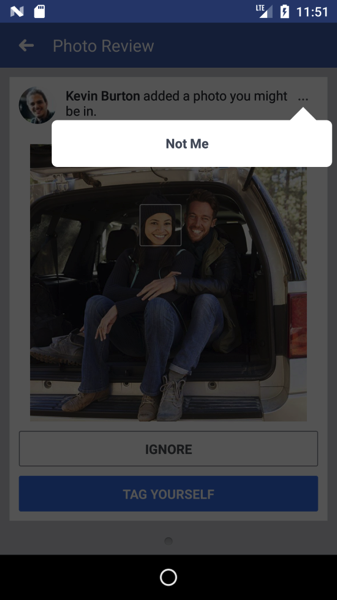 Facebook will soon start notifying users if they’re in a photo and are part of the audience for that post, even if they haven’t been tagged. However, Facebook notes that if your tag suggestions setting is currently set to “none,” then your default face recognition setting will be set to “off” and will remain that way until you decide to change it.

In addition to improved identity management, Facebook is also introducing a way for people who are visually impaired to know more about who is in the photos they encounter on Facebook. Face recognition will allow people who use screen readers to know who appears in photos in their News Feed even if people aren’t tagged.

You control whether Facebook can recognize you in photos and videos. Soon, you will begin to see a simple on/off switch instead of settings for individual features that use face recognition technology. We designed this as an on/off switch because people gave us feedback that they prefer a simpler control than having to decide for every single feature using face recognition technology.

Unfortunately, the feature is not rolling out to Canada and the EU where Facebook doesn’t currently offer face recognition technology.