Facebook Instant Articles Now Available to Everyone on iPhone 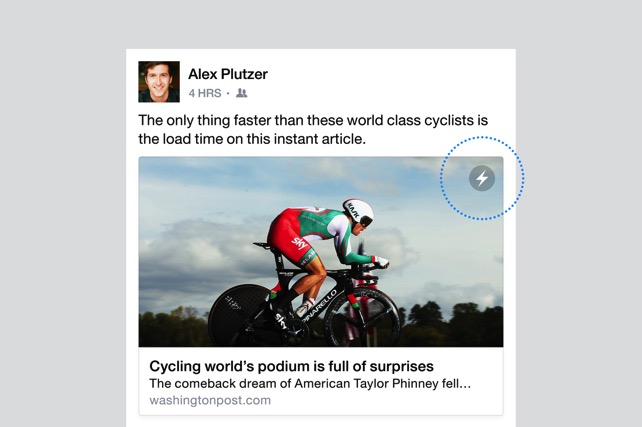 Back in May, Facebook launched ‘Instant Articles’ for publishers to create fast, interactive articles on Facebook, something that was aimed at completely changing Facebook’s mobile news feed. Along with a faster experience, Instant Articles also introduced a suite of interactive features that allowed publishers to bring their stories to life in new ways. Starting today, users will see a lightning bolt on the top right corner of some News Feed stories indicating it’s an Instant Article, which according to Facebook, will load “ten times faster than a standard mobile web article”.

In the coming weeks, users will be seeing Instant Articles on Facebook from tons of other publishers as well, including Billboard, Business Insider, CBS News, CBS Sports, CNET, Cracked, E! News and more.