Facebook Integration Set to Be Introduced with iOS 6 [Rumour] 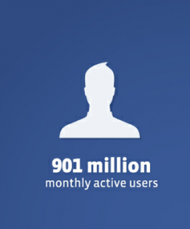 When Twitter integration became a reality with iOS 5, it made things so much easier for existing twitter users with one-click logins and such. We’ve long wanted Facebook integration into iOS and that will soon become a reality after a longtime rocky relationship between the two companies, according to TechCrunch:

Now the two sides appear on the brink of formalizing the relationship. After much speculation, Facebook integration will indeed be baked into the latest version of iOS, we’ve learned.

At D10, Tim Cook spoke quite positively about Apple and Facebook, almost hinting some sort of integration would be coming:

I think the [Apple-Facebook] relationship is very solid. We have great respect for them. I think we can do more with them. And so, just stay tuned on this one. They have their own way of doing things. But people can say that about us as well.

But just because you have different views doesn’t mean you can’t work together. We want to provide customers simple, elegant ways to do the things they want to do. And Facebook has hundreds of millions of customers. And anyone with iPhone or iPad wants to have the best experience with Facebook on any device. So stay tuned.

Originally, Apple’s music social network, Ping, was set to integrate Facebook but ditched last minute due to what Steve Jobs called ‘onerous terms’, in his response to Kara Swisher from AllThingsD back in September of 2010.

Facebook has over 900 million users and there are currently over 316 million iOS devices sold. Integration is inevitable and would only make sense for both Facebook and Apple. Expect to hear about it when WWDC kicks off on June 11th.

For the Facebook addicts out there, how badly do you want integration into iOS?

Apple has just teased a handful of new titles which will be added to Apple Arcade’s ever-growing catalog of games during the month of December. In a tweet posted earlier today, Apple shared the following three new games are coming to its gaming subscription service this month: Dead Cells+ by MotionTwin JellyCar Worlds by Walaber...
Usman Qureshi
37 mins ago

Twitter has today highlighted its continued commitment to promote and protect the public conversation, noting that it is now better positioned to realize its ambitions than ever before. "As you’ve seen over the past several weeks, Twitter is embracing public testing,” the social networking company said in a blog post titled 'Twitter 2.0.’ “This open...
Usman Qureshi
52 mins ago