Facebook has launched a new single layout view for image galleries in its iOS app. After launching the app this evening, tapping on a single image within a multiple image gallery results in one streamlined, scrollable view.

Essentially, this new layout allows users to quickly like, comment or share on images viewed instantly in a single timeline, instead of previously requiring a tap to bring up the actions menu.

Below are a couple screenshots to illustrate the new feature, which appears after you tap on a thumbnail image as part of a multiple gallery: 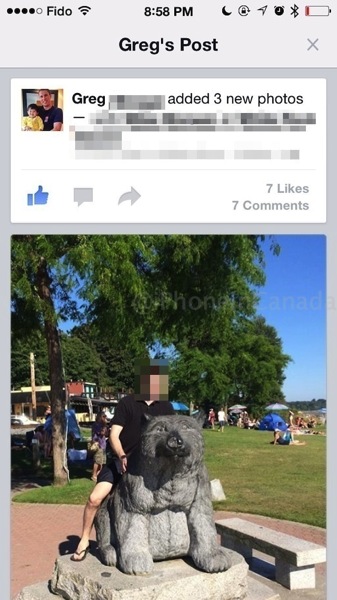 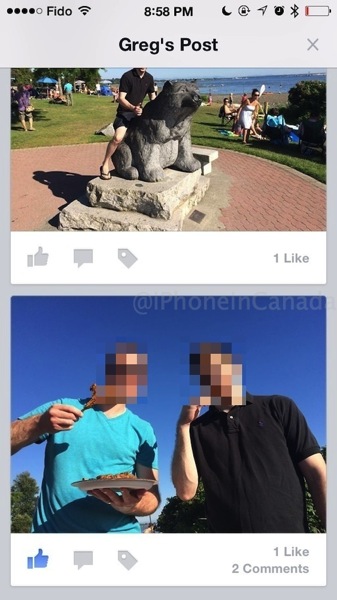 Facebook appears to have pushed this update out over the web, as our app is already running the latest version. Let us know if you’re seeing this new layout and how you like it so far.