Facebook is Testing New Set of Tools for Nonprofits 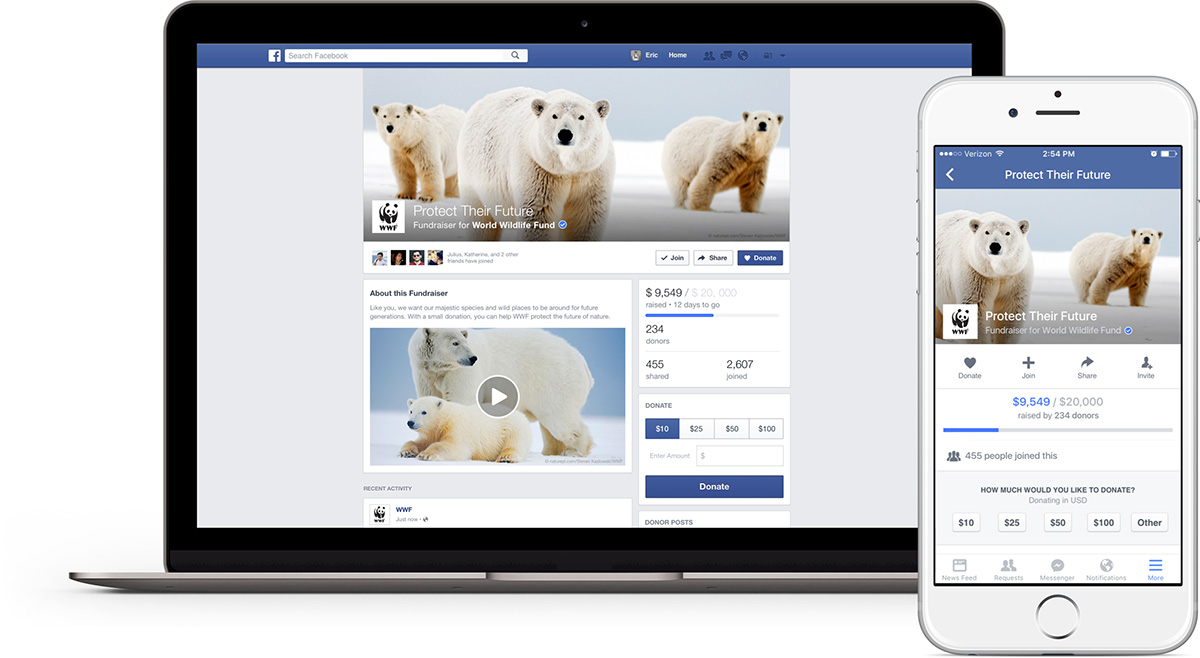 Facebook wants to make it easier for nonprofits to collect donations and spread awareness of their causes. The social media giant announced that they are testing a new feature called “fundraisers”, a dedicated channel found on a nonprofit’s Facebook page.

The tool lets charities tell their story, gather supporters, collect donations, and track progress all from one place. People who want to help can donate money and share the nonprofit’s information with their friends.

If users elect to share a post, the existing “Donate” button is also included in the post, meaning users do not have to leave their News Feed in order to support a cause. The button is also going to appear at the top of Pages, giving nonprofits more opportunity to raise money.

The new set of tools are currently being tested with 37 partner organizations and should expand to others in the future.