Facebook Launches App Center in the US, But Here’s A Workaround for Canada

Earlier we saw a leaked screenshot of Facebook’s App Center launching slightly earlier than it should have, but now it is official. Facebook has just announced App Center as a ‘new place to find social apps’.

Today we’re launching the App Center to make it easier to find apps you can enjoy with friends.

The App Center features mobile and web apps, such as Draw Something, Pinterest, and Nike+ GPS, and new apps including Jetpack Joyride, Ghosts of Mistwood, and Ghost Recon Commander.

App Center launches today only in the U.S., and will be rolling out for everyone in a few weeks they say. Want a workaround to preview it on your iPhone in Canada?

Here’s how to get Facebook’s App Center to work outside the USA and in Canada:

1. Install and launch Onavo Extend (install the profile as per the app instructions). This app will provide you with a U.S. IP (Yes, that means you can use Pandora Radio in Canada).
2. Turn off WiFi and connect to 3G. Launch Facebook. Done.

Check out the pics below: 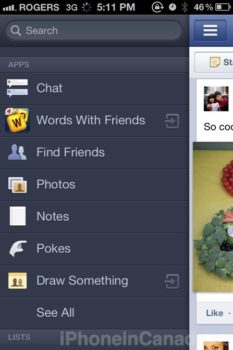 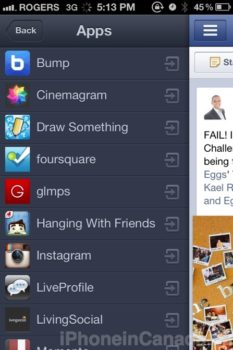 You can checkout a screencast of App Center here, posted by Facebook. It’s not that exciting, but if you’re a Facebook junkie this might be worth checking out.