Facebook has added a new option to allow users to choose a ‘legacy contact’ in the event one passes away, which would then allow the selected user to make the following changes to one’s profile: 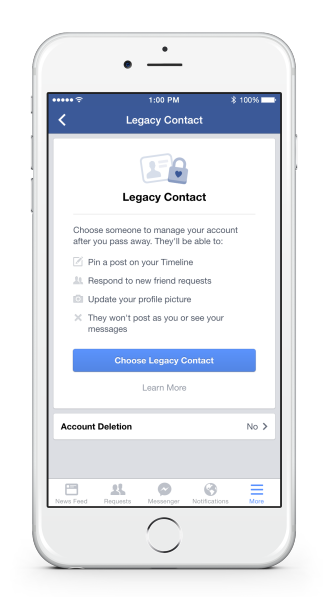 The selected person can also have the option of downloading a copy of what you’ve shared on Facebook such as posts, photos and profile info. Also, memorialized profiles will now have a “Remembering” above their name.

Right now, the feature is only available in the U.S. but the social network said it will be “expanding to more countries” soon. This is definitely something you never want to setup or discuss, but I can see how some people want this option available.

Google today officially announced its wired, second-generation Nest Doorbell. The company was originally expected to unveil a slew of new Nest devices at its Pixel launch event on Thursday, October 6. However, the wired Nest Doorbell leaked on Monday and reports indicated it would go on sale before Thursday's event. https://youtu.be/N_xfwAm79iY Google's new Nest Doorbell...
Nehal Malik
32 mins ago