Facebook has today announced the launch of its new ‘Live Audio’ feature, giving users another way to go live on the world’s biggest social networking platform. So if you want to tell a story, or share your thoughts with your friends on Facebook with words and not video, this may just be the thing you need. 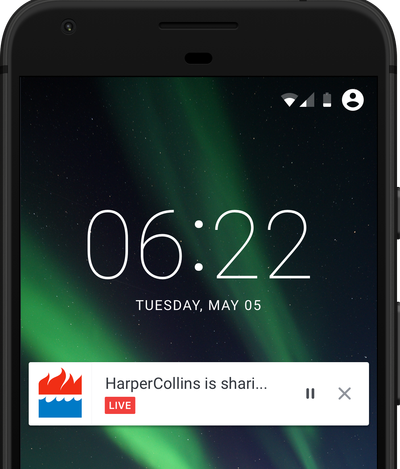 Facebook says that some Pages had already found creative ways to go live and reach audiences with audio only by using the Facebook Live API or by adding a still image to accompany their audio broadcast. But now, the new Live Audio feature will make it easy for them to go live with audio only when its their preferred format of broadcasting. Facebook adds that Live Audio also has an option for connecting with audiences in real time from low-connectivity areas.

From interviews to book readings, we’re excited about the layer of interactivity that Live Audio brings to both the broadcaster and listener. Just as with a live video on Facebook, listeners can discover live audio content in News Feed, ask questions and leave reactions in real time during the broadcast, and easily share with their friends.

The company plans to make this new format more broadly available to publishers and people next year.

December 1st marks World AIDS Day and Apple is continuing to support Global Fund in its worldwide fight to stop AIDS. In doing so, Apple Stores around the world are promoting (PRODUCT)RED displays and products. Additionally, Apple is promoting apps, videos, and other materials on its products to help increase visibility. Since 2006, Apple has...
Steve Vegvari
1 min ago