Facebook Live Video Will Soon Have Snapchat-Style Filters From MSQRD 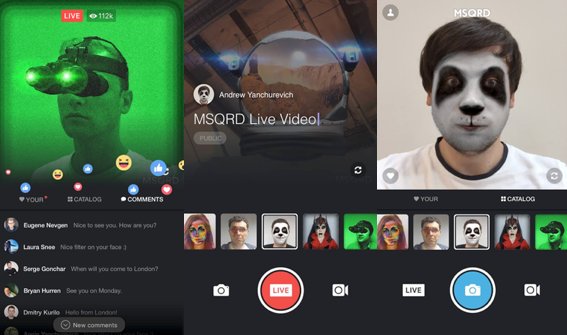 Facebook has grand plans to continue expanding and improving its live video platform this year, starting with support for face-swapping app MSQRD.

According to a report from TechInsider, in the coming weeks you will be able to go live on Facebook from the MSQRD app and utilize many different Snapchat-like filters while streaming live video.

In one sense, Facebook’s move is another amplification in the ongoing video and messaging war the company is waging against Snapchat.

Snapchat development a face-swap technology similar to MSQRD’s. The goal is to make video, whether recorded or broadcast live, as dynamic and appealing as possible. Snapchat’s lenses have been a huge hit, so it’s no wonder Facebook has acted fast to incorporate MSQRD technology into its fast-growing Live platform.

Facebook had a few other Live announcements to make as well. Starting later this summer, you’ll be able to invite a friend to “drop in” on a live broadcast.

The company will also soon let you schedule a live broadcast, and it’s built out a lobby system so people can hangout before one starts. Both of these features are expected to launch later this summer.